Armor pried away from failed chainmail, the arrow’d invasion of the flesh now searing as its shaft slicks with blood, there is no less shame in retreat than in poorly maintained defenses. Where better to bleed and die delirious than on nearby compound, stumbling through the brush unto collapse in the pink and yellow haze of the sizable rose garden nearby. Don’t dare shout at the fox prowling the brambles for rats, and pay no mind to the curious violins (of branch against branch) that twist and whirl around your swimming-loose consciousness. Their thorns are like demonic straws! Possessed by wizard animation and ridden with ceaseless hunger, the blood-thirsty creep of the kudzu’s strangling nature crushes and invades all orifice at once, wringing the ichor and the essence of the coward’s quietus. Wood-carved cross and neck-laced rope plummet to blood enriched soil beneath as the pious soldier skull is cracked of its neck and picked clean of flesh. The mouth and eyes of the cowardly crusader are still screaming “Alleluia!” as the conjurer’s mirror sees through the eyes of the monstrosity; The joy expressed at the moment of death serves as a violation, a celebration of merciful ‘God’ amidst a moment of impossibly cruel murder. Scalded by this intimate piety and seeking to double down while concealed within lair, the wizard’s prism mind reflects new plans for his own ‘Perfect Doctrine‘ and courses all matter of maddening heretical audiovisual electricity via the growing cult of Portland, Oregon doom metal trio Purification. No pious poisoned blood will know sweet imagined savior upon exit, only fearsome terror and the cruel hand inflicted.

Trace the hidden sect of two back in time just a few years to 2017 and sit in awe of the ease with which it — This unholy traditional doom metal gift comes to them, devious and nonchalant are they the possessed as the crates before them are emptied of doom’s best hidden secrets and soul-stirring existential reward. In Trown the duo researched together, achieving ‘Announcing the Majesty & Glory Of Satanic Truth‘ (2018) in complete secrecy and soon two EP releases (‘1642‘ and ‘1455‘) beyond dissolution found realization as Purification. Their debut full-length (‘Destruction of the Wicked‘, 2019) was one of my favorite doom metal releases of last year and lead to a mind-bending interview. So I suppose I’d thought I’d known what to expect from the duo as they were so adamantly a minimalist bass-and-drums gig with various tasks performed by each on limited analog recording equipment. The intent was old school, catchy as Hell NWOBHM-tinged traditional doom/heavy metal that’d really lit a fire in my mind mid-summer. ‘Perfect Doctrine’ isn’t iteration and in fact it is a full unbuttoning of the shirt and an unexpected transition into a trio, adding a dedicated drummer Count Darragh, flipping the mustachio’d Lord Donangato from drums to lead guitars, and keeping Ser William Purify on vocals, bass and rhythm guitar for the recording. You’ll notice his vocals are now unrestricted in every sense and using the full range we’ve come to expect from his station in Troll, this was a connection I had made early on because his voice is unmistakably his own but I felt like a fair number of folks were surprised by this but. Although to be fair plenty of folks have no idea either band exists, which shouldn’t be your affliction if you’ve followed yonder website for the last year or two at least.

The shifting of roles, the quarantine conditions, and the addition of a third being to possess has (stylistically speaking) sparked quite notable change within Purification. The feeling that they are on the cusp of madness as grand tales of treacherous history, sinful clergy, and holy warriors crusading their horror upon innocents all still reigns but the music itself is obviously much more guitar forward and the extra layer of leads means the compositions can now match the ambitious grace of William Purify‘s vocal talents. In this sense you could see this album in league with some of my personal favorites, such as Wheel‘s ‘Icarus’ (and a few nods to classic Reagers-fronted Saint Vitus) but there is likewise the notion of Finnish doom metal influence weighing heavier on these compositions, an irreverence akin to the most biting side of Cardinal’s Folly. I don’t find it as prominent as others after having studied the previous album to death but I could see why a fan of The Lamp of Thoth or Lucifer’s Fall would be drawn to this record as well, as the narrative spirit of the band doubles and becomes even more idiosyncratic so does the persona of the band grow bigger beyond the shadow of underground greats. I can’t imagine the average traditional doom metal fan being averse to this sort of development, the upping of meditative psychedelic respite and wandering pieces will prove intoxicating for just about anyone with some earnest interest in the sub-genre.

Lead single and album opener “Opium Blade” features a music video that should be endearing enough to win folks over, finding a happy medium between the blurry joy of ‘The Ethereal Mirror’-era Cathedral (see: “Ride“) and the wild theatrics of early Candlemass both in song and on video this opener wastes no time sporting its breakthrough via harmonized guitar leads and riffs of grand, thunderous potency. Beyond the fucking magic of this damned song the message is clear, they’re not going to stew in the mud but ‘go for it’ push and be pushed until something this bold is sported. The trade off is some lost intimacy for the sake of bigger everything else and this is yet underground traditional doom metal music nonetheless, undoubtedly fine work that treads its own path. As the tracklist ensues I of course see visions of Troll for obviate reasons but also Pilgrim (R.I.P.) in “On The Wings Of Pestilence, Darkness Takes Flight” and the incredible two part “All the Glittering Jewels” where the narrative spirit of the band truly becomes something bigger and impressive beyond the norm for doom metal; The reprisal in the second half of the second part of this duo of song is the perfect end for the steeled edge of Side A, jogging out in dramatic heavy rock fashion.

Side B features what is probably the heaviest touch of modern stoner/doom on the record, “Throw Away the Cross” opting for a wind corridor of breathy vocal and hard-flung Sabbath rhythms detailing a battle between a priest and a shaman. This is a fine example of the increasing merits of Purification approaching more layered and atmospheric pieces wherein most of Side B pushes towards more subtle psychedelic builds and their rightful exercise of the vocalist’s melodramatic soaring abilities. “Dark Age Warlord Resurrected By Seditious Trickery” is the apex of the full listen, nothing so bold as to be album defining but still a statement that fully pushes beyond the hook-driven simplicity of the first album that brings the full scope of Purification‘s ability. What I’m attempting to get at here is that these guys were always capable of more and ‘Perfect Doctrine’ is that ‘more’ and quite professionally achieved despite it being a do-it-yourself gig. It goes without saying that it is an impressive thing to witness even without context, we’re only treated to so many truly divergent and yet powerfully traditional feats of doom metal each decade and I’d suggest that this one is a remarkable lunge toward greatness.

No need for me to prattle on too much more, you’ve gotten the general idea: Big doom metal riffs, one of the best vocalists in doom metal this last decade, and now featuring guitars! The shift in songwriting and instrumental richness might be surprising to some but these songs are far too sharp to overlook in the hands of any well-salted doom metal fan. A very high recommendation. 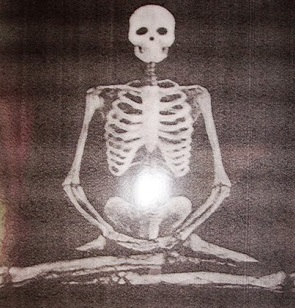