Dedicated to a trend-free, ‘old school’ heavy metal lifestyle in action as merciless riff merchants since their teens, the core trio of Graz, Austria borne death-thrashers Deathstorm solidified their steadfast allegiance to the craft years ago. You could’ve said it was a phase during their poser-killing demo days as Damage in the late 2000’s, and hey, nobody would’ve blamed you thinking they’d catch the modern extreme metal bug after an album or two. It wasn’t the case. Prepare thyself to soak in the snarling n’ heavier lunge of Deathstorm back where they started as a trio, wherein album number four might be their most varied production to date but they’ve not strayed a centimetre from their true thrash metal path on ‘For Dread Shall Reign‘. Set your mindset back to 1989 in a post-‘South of Heaven’ world where ‘Golem‘ and ‘Power of Darkness‘ likewise hurled 80’s death-darkened thrash attacks upon unsuspecting Teutonic spheres and… you’re there!

Well, I’ll nitpick at it a bit more than that but you get the idea, slower dirtier garage-thrashing mania. If you’re familiar with bands like Silent Scream, Baphomet (Germany) and even Exumer you’ll understand what I mean when I suggest building upon heavy Slayer influence doesn’t always go anywhere interesting. Deathstorm coming from a trio line-up and their inclination towards the brutal thrash side of things on their first EP (‘Storming With Menace‘, 2011) and LP (‘As Death Awakes‘, 2013) found them avoiding a lot of typical comparisons for the sake of such brutal aim, hell when I first discovered their debut back in 2013 it’d gone on my end of the year list with comparisons to Hypnosia and Morbid Saint at the time. From that point on there was a sea-change that came from further material being written for two guitars as (now former) second guitarist Markus Steindl joined beyond the first album. The harsher/heavier modus of ‘As Death Awakes’ pushed up against the more melodic, methodical swings of a second EP (‘The Gallows‘, 2015) a more refined performance that’d slowed down and leaned less into their core early Slayer mindset, more melodic guitar ideas but still the odd cat-stranglin’ solo. This was a fine choice as it hooked ’em up with two records on High Roller Records, basically a holy grail place to land with an undying ‘old school’ mindset, and plenty of opportunities for big shows.

‘Blood Beneath the Crypts‘ (2016) is a fine riff-forward thrasher and an important “peak” for the band as a quartet where harsh thrash but arguably not full-bore death/thrash style was cemented as their thing and a thing they’d developed damn well. At some point during this period they’d gone fully ‘South of Heaven’ in spirit, alternating between mid-paced grinders and a few faster moments for emphasis but (‘Reaping What is Left‘, 2018) definitely felt like all of its bigger moments were interchangeable with the previous record. The major change that comes with ‘For Dread Shall Reign’ is in its insistent maintenance of that slower pacing despite their sound leaning back to being written for/performed with one guitar. Of course there is more than one guitar track in hand but you’ll understand what I mean comparing the previous two records to this one. This change suits a band that have long turned the hand of time back with their releases but it also feels somewhat ‘naive’ in the sense that Deathstorm‘s sound resembles the sometimes awkward transition from classic thrash to early 90’s death metal. For my own taste this is a righteous thing, a cool sound that recalls a lot of great bands nobody cared about because they couldn’t go heavier back in the late 80’s, but for most folks I think the lead guitars and middling pace will be a curse.

“Toxic Devotion” is the sort of song that makes you want to pick up a guitar, to be at their show and feel the amp screaming out its staggering riff and crushing your brains out of your stupid-ass skull — this is Deathstorm at their best. They’ve great taste, a solid understanding of what makes a riff valuable beyond boring fucking tributes to old men, and they’ve always been a tightly sync’d unit when it comes to rhythmic interest. Firing up the album into “Unforgotten Wounds” the impression will be clear, this is rotten thrash metal that isn’t fully dead nor is it too neatly classic, but by the time the solo rings out I figure a lot of folks are going to duck out. “Blades of Delusion” brings a bit of early 90’s Messiah as it starts, hooking me back in before a pretty classic Slayer-ism becomes the switcheroo. The song itself is kind of “Akasha Chronicles”-lite for me, edging towards those dry early-to-mid 90’s Sodom records nobody remembers. These are all great things in my book, you’re not getting the same fucking Demolition Hammer riffs everyone apes for starters, and the album really picks up from there. “Bloodlusted” is the song this band would be playing during a slasher flick set in 1987, where the killer stalked his prey within the Essen thrash underground. Memorable, catchy, great groove as it dissolves, this is the kind of song more thrash bands should write and get over their need to tech-out.

At the mid-point we reach a moment you’ll remember best and likely because it is a bit strange. “Sulfuric Scents” goes pure heavy metal riff-wise leaning into a Trouble-esque run that empowers the song brilliantly, I mean they lean into this thing with solid rock soloing that adds an early Maiden feel to a song that sticks out in the weirdest way on the tracklist here. Why didn’t they write a whole album like this? I think it’d be way too disorienting and I’d felt the idea really deserves its own project considering how characteristic and ‘on point’ the songs that follow are, especially “Toxic Devotion”. Deathstorm haven’t blown me away here but I admire that they’ve stuck to their guns and focused on the riffs. I’d probably give this a slightly higher score if the leads weren’t so awkward at times, particularly souring album closer “Human Individual Metamorphosis” which is a fine song but man the solo around 3:20 minutes in is just, bad. It is a shame because “Stygian Black” would’ve been a perfect point of exit. A moderately high recommendation. 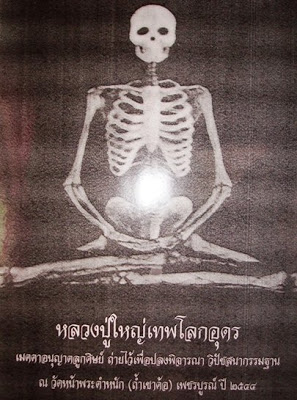