Radiant and ablaze in the atmosphere they’d create entirely themselves, the unsoiled magnetism of each successive release from Zürich, Switzerland based black/death metal duo Bölzer began as an unpredictable constant, a bizarrely regal spray of extreme metal psychedelia that’d morph’d beyond expectations between 2012 (‘Roman Acupuncture‘, Demo) and 2016 (‘Hero‘, LP). That evolution was shocking to some at its peak in the sense that the clean vocals from guitarist/vocalist KzR (ex-Deathcult) incorporated moderate progressive sludge metal tonality into a distinctly atmospheric blackened death metal sound. Hitting that point of definition (or, frame of reference) was entirely righteous as it broadened the unique voice of Bölzer, particularly as songwriters, in a major way. Their latest release, ‘Lese Majesty‘, is a point of long-awaited celebration for those who’d loved ‘Hero’ even more in ever-warming hindsight and who’d salivate again here at the coming end of the drought between records. The long touring cycle after their first full-length finds the duo achieving an ebullient balance within their discography’s range, better knowing themselves while reaching for new stratospheric ideals.

Aetiologic examination of Bölzer‘s discography reveals a series of breakthroughs in order of atmosphere, depth/intricacy, percussive arrangement, and melodic voice and I’d suggest ‘Lese Majesty’ is the refinement of those combined pieces while additionally striding great advances in presence. When I say presence I’d partially refer to the general clarity of voice provided by Thomas Taube who recorded, mixed and mastered the EP with an ear for modern black metal capture that echoes into the distance with the major voice of each song still enormously resonant. Beyond that, the performances are uniquely present, further modulating their own unique range between black, death, and sludge metal tonality while jolting leagues beyond the prideful buzz-forth of ‘Hero’. KzH brings a deeper emotive range to each of these four performances, reaching a point of spiritual conveyance within extended progressive tirades of weighty, playfully evocative riffs that crash and rain atop animalistic atmospheric black/death metal advances. The experience is satisfyingly fractal in movement and crystalline in vision, a wash of atmosphere and downward plunging avant-blackened beast in motion.

As dead behind the eyes as I might be, the Pyriphlegethon within does ignite at least a dozen times per year in response to extraordinary extreme metal yet, I’d meet ‘Lese Majesty’ on uncertain terms. Bölzer had shook the death metal faith a bit on ‘Hero’ and though I’m a fan of every genre permutation in between, I’d missed some of their intuitive grasp of death metal; Their death metal vocals had always been exceptional. The songwriters who’d come up with “Entranced by the Wolfshook” were still recognizable all the same, just in less barbaric form. In that sense this EP is a step in every direction beyond each point of stylistic depth Bölzer brought in the past, still a spiritual contemporary to the what bands like Necros Christos, The Ruins of Beverast and Ascension have touched upon in the last decade. The best analogue for this development is echoed beautifully in the history of Australian morphōsis Alchemist, who’d reach a similar point of accumulation before repeatedly evolving outwards; A similar level of meaningful detail further defines Bölzer.

Flabbergasted to the point of delirium and leaning forward from the impact, I’d been nowhere near as cratered by a set of songs this year than I was the beyond the first listen of ‘Lese Majesty’. So rarely does an extreme metal band come full range beyond the norm whilst making compelling music of it, Bölzer had come close before but this is a grandiose step beyond the gates. “A Shepherd in Wolven Skin” is a rallying cry of honor above corruption, an enormous fanfare that’d arrive upon an infectious level of tension-and-release on a minute by minute basis tearing into the depths ‘Hero’ had promised, hammering down with rubberized black/death metal heaviness in great waves. Whistling in place of a riff change is genius that few would afford themselves outside of an early 2000’s folk metal band but Bölzer manage to punctuate the song in a major way with this moment; There is an organic and spontaneous feeling that accumulates within the array of experimental oft-melodic adornments throughout ‘Lese Majesty’, which range from simple melodic whistling, syncopated breathing, meditative humming, and cranked harmonic feedback. The addiction is secured with the hits of “Into the Temple of Spears” and “Ave Fluvius! Danu Be Praised”, two songs that represent the very height of Bölzer thus far, above and beyond the impact of past rituals; These songs are more-or-less analogues for “Entranced by the Wolfshook” and “Labyrinthian Graves” respectively, if vaguely considering their structure. Mastery of such complex melodic device in concert with intensely barbaric percussion is a feat typically reserved for spaces far from the dark and hidden lands of their occult black and death metal spiritus.– The fact that Bölzer deliver this with such Romanesque, stoic currency is mind-blowing.

The impetus of this work intends to strike a chord of independence, not only to encourage independent thought but to leave a gleaming statuesque mark one step across the line as they reach one of Bölzer earliest stated goals (within interviews) of Sovereignty; This would still carry a great deal of meaning if their music were unoriginal but my admiration stems from each of their releases consistently representing growth, betterment, and an accumulating decade of good will earned through hard work, all focused upon the righteous and lofty goal of self-sufficiency as artists. Divorced from all meaning, the powerfully vibrant sun-soaked strides of ‘Lese Majesty’ still convey these most primitive hopes, these rights of men to live under no thumb. Independence, riffs, black/death metal, and even a bit of prog-sludge add up to one of the best modern extreme metal bands of this last decade and as with all past releases I am a hopeless addict of these expertly crafted bouts of intuition and flow-driven inspiration found within ‘Lese Majesty’. It is among the absolute best music released in 2019 and as such I am more than confident in giving the highest possible recommendation of Bölzer‘s latest EP. For preview purposes they’ve fittingly provided the opener “A Shepherd in Wolven Skin” and I’d additionally recommend “Ave Fluvius! Danú Be Praised!” to those who might’ve been scared away by the eased death metallic transmogrification of their full-length. 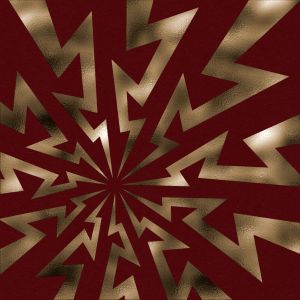