TEN FROM THE TOMB is a weekly feature in the form of a themed list devoted to grouping together albums of similar interest that I missed throughout the year 2019. These albums were overlooked for review for any number of reasons with the most common reason being constraint of time. I have a policy of covering 99% of everything I receive in some form, be it mini-review or full-feature, so don’t hesitate to send anything and everything my way.

Here I present a ten album sampler of some of the absolute best a t m o s p h e r e and generally atmospherically driven music I’ve received for review consideration (so far) this year. Consider it a day of rest for the sake of thawing the frost upon the traumatized mind. Most of these albums made it here to Ten From the Tomb because I couldn’t manage the time for a long-form review or because I really didn’t have more than a paragraph or two worth of insight beyond banal description. If you’re not into the selection this week, relax! This’ll be back every 7 days with 10 more albums from different styles, genres, themes, etc.

Hey! Don’t dive in thinking this will all be shit just because I am not doing full reviews for these releases! I always have some quality control in mind and look for expressive, meaningful, or just damn heavy releases that hold value without gimmickry or bland plagiarism. This weeks focus was chosen because the previous week was horrendous and traumatic and I find thick and grand atmosphere helps pull the poison from the ailing mind. Thank you! I am eternally grateful for the support of readers and appreciate the friendly and positive interactions I’ve had with all thus far. Think my opinions are trash and that I suck? Want to totally tell me off, bro? Click away and let’s all live more sensible lives full of meaningful interactions. I’m too old and bored with people to care.

Is it the heaviest post-rock album you’ve ever heard or the most soulfully wounded post-metal records to date? A bit of both, I’d say. This London, England based quintet are a cosmically charged example of atmosphere as a force, an oppression that is thick and all-encompassing as the air before a ripping electrical storm. Thunderous is the only way to describe the pairing of Skyhammer production and Audioseige mastering where Latitudes are given bold guitar heft to match the high fidelity drum sound. The sound is truly world class and the songs are about 80% there in terms of memorability, making for an exceptional listening experience. I do think releases from staples like Cult of Luna might push ‘Part Island’ back in terms of prioritization but this is yet the finest post-music record from Latitudes yet. Pay particular attention to the hints of post-black guitar work (“The Great Past”, “Moorland is the Sea”) that highlights some key memorable hooks for the full listen.

Eerie gloom curls as grey smoke up from the sickeningly white lips of Pinkish Black who huff each labored breath out as if post-punk, early 90’s art-rock, and the space-faring synths of Klaus Schulze would somehow add volume to the same piece. Grooving, unnatural, bass-driven, and always in service to the greater heady atmosphere of any given piece there wasn’t a moment of ‘Concept Unification’ that I wasn’t in love with their bold and actually pretty heavy sound. Clearly kosmische musik, space rock and zeuhl all play into the synth driven bulk of this album but it is not a shoe-horned integration as you’ll often find in indie rock experimentation, rather Pinkish Black flex an array of muscles in using that obscure 70’s anti-rock modus to create heavily atmospheric rock music. Not sure what the hell I’m talking about? Well, it’ll feel pretty natural for folks who like video game music, also. If you get any version this is a rare case for the digital only version as the two extra tracks are essential in my opinion.

Much of the success inherent to post-metal lies in building investment with the listener so that they buy into the generally melodramatic sway of the music otherwise it’ll often come across as hokum. Lithuanian post-metal band Autism reveal a luxurious amount of interest even before the music starts by stating their concept front and center: “Two young men seek to escape their difficult lives, one is injured and becomes increasingly reclusive ’til he goes missing.” The waiting, wondering and the guilt is palpably cinematic on ‘Have You Found Peace?’ even when the performances are occasionally fairly rote. Much like Latitudes it all comes together beautifully when things get heavy and the only feedback I’d have is that I’d like the ‘clean’ respite to be more melodically thoughtful, memorable. But you’ll find I’m just stubborn when it comes to the mechanisms of post-rock. Parts of this record express as if Autism were a sludgy ‘dark metal’ band, such as the second half of “No Word”. The only detractor I’d say is the constant ‘spoken word’ moments that feature in each song, I understand the importance of this narrative I just would have preferred some other method. A good example of a record that is remarkable for its ideas more than anything else. 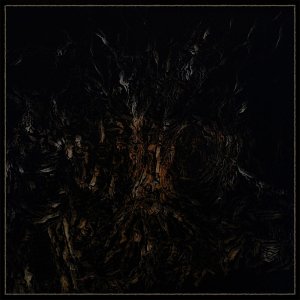 The Swiss circle known as the Helvetic Underground Committee strike again with another thoughtfully atmospheric blackened death metal release, this time the focus seems to be on keeping a generally amorphous goal in mind. Death/doom riffs and bellowing ritualistic vocals atop the enraged psychedelia of black metal marches forward with an unsure gait, not lacking in confidence but rather avoiding playing their entire hand at once. I’d say fans of blackened doom who also key into death/doom metal will find a brutal authenticity expressed without any particularly rote choices in terms of sound design and song structures. The themes appear to revolve around the bronze age, primitivism and mysticism so, definitely check this out if you’re a fan of stuff like Irkallian Oracle, Grave Upheaval, and The Ruins of Beverast.

Set the mind upon observant meditation before pressing play on this live performance from Norwegian ‘chamber’ drone act Yodok III. The trio here have been performing composed and improvised drone with a distinctly jazz and post-rock influenced apparatus since 2012 generally employing percussion, tuba, and electric guitar work in what I’d consider (largely) minimalist ambiance. Fair warning, this is one hour long track that takes a full 45+ minutes to build towards a point of escalation. If you decide to skip that build you’re likely going to miss the point of this type of live experience regardless. ‘This Earth We Walk Upon’ is entirely built upon anticipation and steadily swelling performances. The end is out of reach for so long that a great deal of anticipatory emotion builds behind Yodok III and well, is the climax worth it? No, the climax is a non-statement a peaking fizzle of static that resembles a broken tape or a lowest-quality mp3 transfer. The destination does not matter, it is the sense of movement that is so thrilling. If this doesn’t sound like your thing at least consider cranking this on very loud on a multi-speaker setup and sitting with it for 45 minutes. 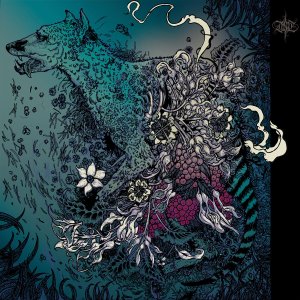 Italian atmospheric post-doom band The Haunting Green required such patience on my part when I’d first gotten ‘Natural Extinctions’ that I’d admittedly failed to rise to the challenge. A pretty post-rock bathed post-metal album with a bit of an extreme doom pace is occasionally the right taste for my palate but this duo never entirely settled into my mind. Fans of blackened and/or the more extreme side of post-rock influenced metal will find a lot to like, though. I can highly recommend this to the doom loving post-metal depressors out there because it goes above and beyond expectations with each listen. “The Void Above” is particularly touching and poignant for its dynamic between the bittersweet and the devastatingly sour. .

Future-seeking cinematic post-rock from Paris, France based act Lost in Kiev reaches a new iRobot-esque high as they purport to examine human nature through artificial intelligence. ‘Persona’ is actually an interesting pursuit, which I believe features full video versions with actors performing the spoken word parts. Therein lies my dissatisfaction with a lot of modern post-rock, the use of spoken word (be it sample, or in this case performed by the band) is not as effective as artists think it is, especially not on record and on repeat. That gripe aside, there is a constantly shuffling restlessness (an anxiety) expressed through many change on a dime movements throughout this third record from the band. Songs are shorter and often shift gears 2-3 times in that short period of time. The spoken word parts detail an abysmal corporate future something similar to The Surge‘s storyline where the video screens promise utopia and rewards for hard work but there is a supernatural terror, or raw happening at work. The main ‘high’ from this album for my taste comes with “Mindfiles” and I’d suggest that track at the very least. 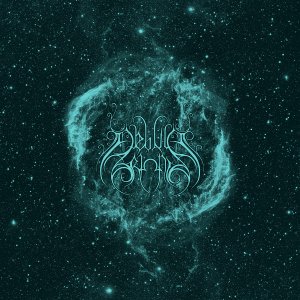 The second of three releases (so far) in 2019 from cosmic symphonic post-metal project Nebula Orionis is uplifting, chasmic, and comes very close to being incredibly hokey as it plays. Easily one of the least ‘black metal’ records from artist M42 yet ‘To Keep the Flame Burning’ is essentially instrumental symphonic metal of the modern variety and it does begin to beg some wonder why there are no vocals in the drivers seat as it seems there is great potential there for uplifting melodies a la modern Amorphis. If you’re really deep into bands like Eldamar, Lustre, and Mesarthim then this will feel like something ‘different but the same’ in the sense that it shares key genre attributes but deals a different sort of atmosphere. I found it a bit too folkish to fit the cosmic themes but still enjoyed my time with Nebula Orionis. 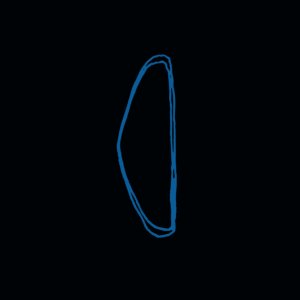 A meeting of the minds, a unification of three, a culmination of six years of collaboration as the third piece is ‘one’ in this idiosyncratic countdown by way of Finnish atmospheric noise crafters Musti. Ancient sci-fi soundtrack noise, field recordings, gleaming laser beamed synthesis, an altogether raunchy display of subtlety that creeps in one ear and out the other until it begins to resonate. The single piece here “Variations for Table” is roughly 28 minutes long and should initially appear merciless in its deployment of textural sounds and rhythmic cycling of their variations. There isn’t much to get deeper with, though, as I believe I’m missing out on not seeing them perform this piece.

Newcastle Upon Tyne, England based psychedelic pulsars Snakes Don’t Belong In Alaska collaborate with the ever-increasing experimental artist Suzuki Junzo (Miminokoto, 20 Guilders, Overhang Party) for a set of jams structured within SDBIA’s rhythm section of late. The wizardry of Junzo on guitar is generally the main even here as simpler slow-motion grooves and no question they’ve aimed for Ash Ra Tempel within their most general notes on this approach, its even in the song titles (“The Order of the Ash Ra Solar Temple”). The most energetic track here ended up being my favorite with “SurRaelism”.

Did I miss your favorite 2019 album? Send me an e-mail and tell me about it. It is always worthwhile to speak up for the lesser known stuff. Please consider a small donation to help keep me in front of the computer writing about metal. Thanks.