REVIEWS: Although I like to typically publish 8-10 reviews per weekday cycle aiming for a slightly more casual approach in July has allowed me to think a bit more about my goals with the site and how to reach them. Also I’ve been working harder at my day job so that I can afford to publish a physical zine supplemental at the end of the year. There will be a great deal of catching up to do in the coming months as a more frantic release season begins in September, for now I’m generally trying to dig up the bigger oversights of the first half of the year and stay current with what I consider standout releases. Next week is stacked with brilliant stuff: Finally some thrash metal! 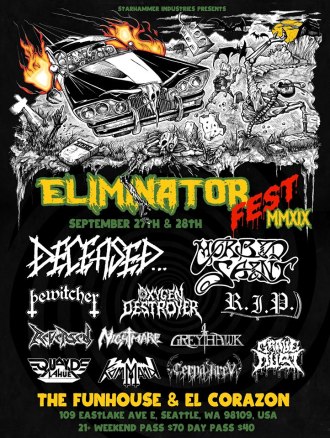