From the swirling fire and chaos of sulphur spewing clouds the caress of gravity’s friction-pressed descent lands the singed and no longer winged upon shores of jagged obsidian sand. These deeply graying banks foam with intense desire to swallow and erase the fallen ones power among the living, regardless of intent. Freedom is his first decree upon ears made deaf by the fear of pantheons, various other fables, and their sicknesses. They would glow a noxious neon array as if resplendent lizards struggling to adapt to a newly cold and motionless clime. The paradigm he brings to the shores of the dead and listless with each step is lost to the naked eye as if it were an erosion caused by the lap of the single wave. All life that’d mattered is ceased through geologic time but for the slightest gilding of green etched around the rocks still opposing the deathly battery of the sea. Mortal and without disgust he’d meditate upon that remaining life, hidden from the corners of treacherous eyes, as the frosted waste that’d surround him groaned open-and-shut to gasp a great blowhole of nightmarish smoke. An igneous whale eager to shed all skin and burn anew stirs below. Distant are the screams and tormented howls of his army, his loved and eternally lost, who’d rest in the great molten belly of that whale howling up remnants of souls alongside the belch of Gaea’s fearful worm. Once great men lived here in armor and defiance of their ‘Gods’ where their ideas flourished on a thousand ingenious papers and stone chiseled scrawls that’ve burned to charcoal and smoke by the treachery of generations past. In his unleathered skin he shakes (for the cold and) for the terror of having been granted freedom by his own hand into an impossible world of cataclysm and denial. Out of synchronous glory with fabled history and atop a glacier-carved throne he sits entranced by the true ugliness beyond the raptured remains of the Earth, knowing full and well that every pious fool scorched by the light of the Lie were smote by the wrath of the tyrant into infinite bondage. Today he is the bard for a long doomed and duly cleansed world, a dulcet and melodious mourning shimmering boldly in an effort to keep the creeping death of the grayed shores of apocalypse at bay. ‘Algleymi’ mourns, wails and howls in ritual to find meaning amidst emptiness where Misþyrming are strengthened by infinite defiance and reborn into stoic mastery.

A bellowing and voraciously snapping dragon of fire and dissonant chaos from its first second, the atmospheric hulk of  ‘Söngvar elds og óreiðu’ (2015) came to rule the cavernous Hel of modern Icelandic black metal with an un-ironically deified presence. It was messy and overblown lord, a golden-robed monstrosity draped along the scaled back of the antichrist that’d brutalize all subjects below and suffocate their kin. Misþyrming represented a median for many listeners, a balance between the raging pool of blackened dissonance common amongst the elite Icelandic black metal population and the self-driven atmospheric black metal world built upon obscuration, a smoke-and-mirrors sub-genre, born novel and died a jocular feat. ‘Söngvar elds og óreiðu’ came after bold classics from compatriots Svartidauði and Sinmara so it’d almost seem inevitable that Misþyrming ‘s own take would come equally evolved as the most recent releases of each. These are not such relative events, though, and the wait was perhaps most clearly due to musician, songwriter and founder D.G.‘s key involvement in Martröð, Naðra, and Skáphe each of which were fairly active with releases since the that first album. This was a period of development for the musician as he crossed the threshold of gloriously talented amateur into the realm of truly professional musician.

From what I gather ‘Algleymi’ was drafted, recorded and ‘finished’ in 2016 then scrapped after a closer look revealed flawed execution and/or quality issues. Some measure of unusable characteristics made it necessary to re-record. This might’ve been a glorious mistake that’d lead to the ultra-refinement of this very differently styled melodic black metal record from Misþyrming. There are a welcome number of trade-offs and greater shifting sands that come with the arrival of ‘Algleymi’ but the spirit and the general sonic personality of Misþyrming remains in a form that is (appropriately) several years removed from its predecessor. “Hof” from their split with Sinmara back in 2017 fills in some of the gap with a familiar sense of melody but not the unexpected nearly full departure from dissonance. ‘Alglyemi’ feels sharply in tune with classic melodic black metal more than it does the dissonant brawl and eruptive presence of ‘Söngvar elds og óreiðu’. Today it’d make much greater sense to look to early Dawn, Mgła, and oddly enough Sólstafir‘s ‘Köld’ and pre-2011 material for a few beautifully lucid moments that find D.G. subverting every possible assumption with a rabidly folkish melodies and post-rock guitar techniques melded with the bombast of melodic black metals muscular beginnings. It might sound like I’m describing an early Woods of Ypres sort of situation but think closer to Uada or Mgła‘s ‘With Hearts Towards None’. No direct comparison will yield the exact amount of variation and the differentiating use of melody.

What the melody communicates, without any attention paid to the lyrical prose yet, is far and away from the typical dispassionate affect of modern black metal. It’d seem every moment of ‘Algleymi’ is rapt with emotional timbres, each song is a torrential pulsation of tension and release that allows the soul of Misþyrming a broader musical language capable of dejection, sorrow, and majesty that slowly builds towards a finale of poignant and ecstatic misanthropy. There is a sense of mourning, a grief or greater disappointment, in the tone of the song-writing that isn’t precisely echoed in the lyrics. A different sort of greater dissatisfaction with society, and modern man as a whole, is loudly and clearly inserted into the theme and often with great poetic value; Well, as much as I can ascertain without knowing the greater nuances of the Icelandic language. There is an impressive amount of detail and care put into this record though it didn’t appear bold or particularly dramatic in such close proximity to records from Sinmara, Drastus, Akrotheism and Svartidauði if only because its simpler rock and heavy metal centric drum performances and outright Taake-esque melodic focus appears less personality driven upon first approach. I would say that ‘Hvísl stjarnanna’ has some similar aptitude and tonality but Misþyrming‘s record is far more melodic and the production is subtly layered as not to fill every bit of space. A more accessible, dynamic and direct sound finds ‘Algleymi’ less a spectacle as previous efforts but almost equally riveting for the ease of listen and emotive rhythm guitar performances; Though it isn’t a ‘guitar record’ in the sense that ‘Far Away From the Sun’ might’ve been, the sonic personality of the record is nowhere near as distinct, ‘Algleymi’ evokes a stylized version of melodic black metal that is modern without touching upon (virtually any) deeply ingrained Norse melodic cliches instead opting for celestial atmospherics and bold modern-rock infused grandstanding melodies.

Misþyrming begin with “Orgia” in shrieking horror and a chorale of synth angels in the rafters creating a dramatic roar above blasting ruin, these wails characterize the descent into the fray with an unchallenging but beautifully melodramatic shove into the deep end of ‘Algleymi’. Halfway through “Með svipur á lofti” I’ve no doubt fans of modern Norwegian prog-black mutants like Enslaved and Kampfar will perk their ears at the direction the album takes there, and the rest of Side A. ‘Ísland steingelda krummaskuð’ is a particular sort of departure for Misþyrming that feels oddly anthemic and that appealing vibrancy almost breaks free of its black metal context entirely as the track blends with the veritable viking send-off of the instrumental “Hælið”. For the raucous black metal obsessed those restful moments will begin to ache until “Allt sem eitt sinn blómstraði” offers some brutal release on Side B before the finale of the final two songs more or less outshines most of what’d come before it. The dueling spirits of wrathful “Alsæla” and restless “Algleymi” do ultimately represent two movements in a single piece and the absolute apex of the experience. Considered and duly precise as they’d climb towards two interconnected conclusions, each side of ‘Algleymi’ reaches a different spire. The first one of contemplation and the second one with a view of a deeply disturbing storm so ruinous, and yet so far enough away that there is time enough to admire its beauty. That final track leads almost directly back into “Orgia”, allowing the full listen to spiral on for countless ouroboric sessions.

Does it floor me? Does it offer unconquerable depth? Has it changed or enriched any part of my life? I’m not so sure about any of these answers just as I wasn’t entirely moved upon the first listen. There is an admirable and accessible quality to ‘Algleymi’ that was perhaps missing from Svartidauði‘s most recent record but also far less of the arduously crafted mystique at the same time. As I’d stated earlier there are some worthwhile trade-offs and small compromises made for the sake of readability and though the art within is not at all cheapened or worth less in comparison with peers there is the sense that the emotional aspects of the music have fully outshined the mechanical interests of modernist black metal; In this sense there is an almost traditional feeling of melodic black metal in the wake of Misþyrming‘s second full-length that I enjoy as an admirer of the genre’s history and the resonant value left beyond trend and time-and-place importance. With a full two weeks of casual listens, analytical dissection and a few rounds of the repeat button I did find that I could leave this record on for 4-5 hours at a time and marvel at its pacing and intricacies; The lead guitar flourishes, leads, and melodic drivers all invigorate an already inventive rhythm guitar experience that lends itself to extended listening sessions. Were it any more memorable it’d likely become cloying and being right at that edge might not fully reach potential memorability but it does keep any one part of the album from appearing lesser or greater than the last. Very high recommendation as every aspect of this recording is well above average, considered, and redeeming even under the harshest of light. For preview I’d recommend the opening runs and galloping ends of “Með svipur á lofti” as they were electrifying for my own tastes and then “Allt sem eitt sinn blómstraði” to hear a window into the ‘old’ Misþyrming through eyes anew. 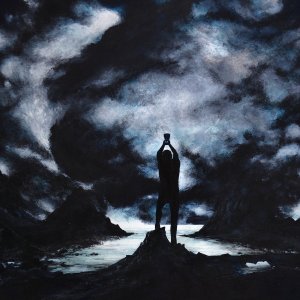