With the benefit of hindsight’s clarity 1974 was a time of double-edged human achievement, a brief but glorious surfacing for air for the consciousness of the ‘western’ world. By prying loose the darkest nails of the regression enforced by the unreal two party United States political system ‘the people’ had driven out visibly dire spirits that ruled over their version of Earth with corruption. The strife endured among the greater bio-diversifying petri dish of the states created a tension no less palpable than the ruins we inhabit today, as history verges upon repeat with ignobly dire consequences for the species as a whole. They were times of death beyond an age of peace, love, LSD and marijuana and though you might be blinded by the light of your satellite connected device at the moment they are analog to the paranoid times of today. Progressive post-psychedelic music had built itself into something beyond mainstream in parallel and to the point of sickening intoxication by 1973 and with the freedom of 1974 came a marked and unforgettable change in progressive rock that’d influence every generation since. It’d become an age of new fusion where every hybrid concept gave divine birth to legacy and institution thanks to the darkest inspiration that life experience, and a connected wire across the world, would provide. The late 70’s primed the apexes of Queen, King Crimson, Rush and a thousand smaller names thousands still remember today but for the sake of what Portland, Oregon sludge metal darlings have provided with their third full-length, ‘Mysteruim Tremendom’, I’ll point towards the brandywine blend of anti-corporate jazz fusion’d rock that 1974 would birth with Yes’ ‘Relayer’. With virtuosic strength they’d brought stunning rebuke of war and death with a lid in their ear, Yes‘d redraw their prior niche into a thinking-and-feeling man’s opus then and there. Today I’d posit that Lord Dying have made a similar re-illustration of self in 2019 as they inch into their own with a history of accessible taste informing their futures.

The story of this brotherhood and lasting duo of songwriters has been told well enough in these last six years but, I’d venture many modern sludge fans found the music a merely decent, above-average flag to remember it by prior. Collaborators since childhood who’d later be prodded into recognition by way of endorsement from (then quickly rising) friends Red Fang, the pairing of guitarist Chris Evans and vocalist guitarist Erik Olson are yet and entirely the heart of the project on paper and in ear; They’ve been harmonizing their version of modern sludge influenced heavy music since they’d first started trading riffs as pre-teens. First strike was their most deadly with ‘Summon the Faithless’ (2013) finding thier influences very visible between High on Fire, early Mastodon, and a definite sabbathian groove by way of Down and/or a NOLA sludge appreciation that’d crank doubly loud on the follow up, ‘Poisoned Altars’ (2015). At that point Olson‘s vocals might’ve been too close to Kirk Windstein’s during Crowbar’s peak melodic period circa ‘98-‘05 (see: “An Open Sore”) and as with the first album what was special about their second was easy to overlook because they gave the appearance of a ‘genre entry’ record. The first point of praise I’d grant ‘Mysterium Tremendum’ is that it may tread into a slight resemblance of modern Mastodon at a glance but, Lord Dying have tapped into differing fonts of inspiration with a greater expansion of performative range.

Though it wouldn’t appear to affect the writ and the musical language of this third album it is worth noting that the line-up on hand for Lord Dying has shifted with each release, giving a chameleonic appearance to the band in terms of approach and production goals. Most noticeable if you’d attended their live shows is that they’ve employed a new drummer for each record and around 2016 the band would replace longtime bassist Don Capuano (Black Elk). Again, it wouldn’t seem that the in studio memberships really informed the goals of ‘Mysterium Tremendum’ but enhanced the moody, impassioned mid-to-late 70’s prog rock structure of the piece. The rhythm section from Los Angeles prog-sludgers Behold! The Monolith is a fine fit and broadens the range of possibilities significantly. To be clear, Lord Dying are reaching for the rafters with this sludge metal driven progressive rock opera, a concept album meant to posit existence that would dive towards the great agnostic questions of what lies beyond death. An afterlife or absolute, damning nothingness?

As not to alienate the greater Relapse apropos sludge sound of the past the opener “Envy the End” invokes a heavy example of modern ‘progressive’ sludge metal sounds that kicks off with the right energy. That rousing start reminds the listener just exactly where Lord Dying shined brightest in the past, intricate treatments of familiar sludge rhythms that weave back upon themselves, the transitions between loud-quiet-loud moments create a bounding pace and the dual guitar harmonies build them up towards an exciting amalgamated blood-pressurizer. From that point on ‘Mysterium Tremendum’ dives rocket-first into the apeiron away from suffering, existential sorrow, and beyond a brutally felt death. “Tearing At The Fabric Of Consciousness” will likely be the most massively felt point of change that will render Lord Dying unrecognizable to even the most dedicated fan of their first two records. This moment is a true paradigm shift towards post-‘Crack the Skye’ radio singles from Mastodon and the proggy post-metal of Intronaut but with a sort of neofolkish treatment of vocal harmonies. Olson‘s voice now has a point of view, a narrative sense that comes with an expanded vocal range that gives unique persona to an ambitiously structured album. Comparable peers melt away slowly but surely as the album progresses as they’ve not resigned their own taste in designing a rich and rugged guitar sound that bucks the modern sludge tendency to dabble in sterile and overproduced guitar tones. Earthen and emoting in a believable way for perhaps the first time, this should be a breakthrough for the band that’ll easily alienate those who’d wanted another genre-standard sounding release from Lord Dying.

‘Mysterium Tremendum’ is poetically nihilistic at a glance. The theme and conceptual eddy of the album centers so heavily around death and reality that it’d seem as if death itself was a transcendental birth into a stasis of reflective misery. Lord Dying take a satisfying, almost scientific approach in never suggesting exactly what lies beyond death but creating wonder around what’d follow. That morbid fascination with existence beyond death brews so movingly in these pieces that it becomes a miserable anxiety and a leveling calm at once. Despite the dark tone of this metaphysical exploration the mastery lies in dancing at the precipice of death and struggling to see the window beyond it; There is no enlightenment or Elysium, only a great unknown and that unsated void continues to be compelling if only for its innate curiosity. A mournful tone persists throughout as vocal harmonization begins to overtake the 54 minute album and here Lord Dying makes their most powerful statements. “Even the Darkness Went Away”, “The End of Experience”, and the Jerry Cantrell-esque “Lacerated Psyche” speak as if upon deathbed and passing between worlds, a knowing wisdom that comes as life recedes towards a death that’d been truly accepted. These moments should clench at your throat as death, unjust or untimely, is the universal language of our times and it must be felt in earnest.

To throw on this third Lord Dying album and receive an enormous, varied, and emotive progressive metal album beyond the expectations their past releases had created was initially a very challenging paradigm shift to follow. Yes, they straddle the line between progressive sludge metal and a darker take on ‘rock operatic’ 70’s prog pacing but ‘Mysterium Tremendum’ is not performative in a glossy or cheap way. With a personal, affected sense they’ve generated their own sorrowful and otherworldly species of prog-sludge metal. Those expecting a cerebellum-pounding noisome filth hammer will have to exercise patience in receiving the surrealistic state of mourning that Lord Dying create. If you’re able to shift gears away from chuggy riffs towards dual-guitar harmonies and gorgeously arranged classic rock builds then there is a massive goldmine within the nigh hour long captivity of ‘Mysterium Tremendum’.

It’d be around the second listen where I’d latched onto this album and would find every moment of this album vital at some point. I believe the lyrics explore an untapped hospice-like state that will be cathartic and valuable to folks who are dealing with death, their beloved dying, and the mourning after. It becomes hard to valuate a record that moves me in very real sense as objectivity feels too self-conscious on some level and though I did feel it’d dragged on ten minutes too long there is no piece I’d cut without risking the loss of the fabric of ‘Mysterium Tremendum’. It is a grand leap in earnest from Lord Dying and one of finer masterpieces of progressive sludge in recent memory, as such I can very highly recommend it. For preview I can only suggest the tracks that I think were real ‘clinchers’ for my own taste and that’d start with “The End of Experience” as its build-and-release showcases this new sort of mastery Lord Dying are bringing today but, I’d also suggest “Even the Darkness Went Away” to suggest how far outside of their comfort zone the album goes, and finally the three part “Split From A World Within. Devoid Of Dreams. Death The Final Loneliness” sums up the whole experience in one incredible final dramatic peak. 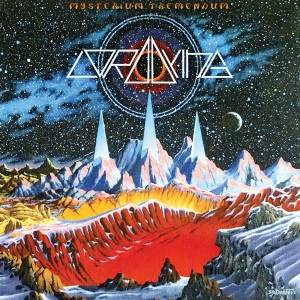