Here I present a ten album sampler of some of the best (mostly) noise rock, experimental rock, post-hardcore and post-punk from early 2019. Consider it a look at how 1990’s fucked-up underground nostalgia can go completely right and serve us well into the future of rock music without relying on the shitty corporate rock angle of grunge. Most of these albums made it here to Ten From the Tomb because I couldn’t manage the time for a long-form review or because I really didn’t have more than a paragraph or two worth of insight beyond banal description. If you’re not into the selection this week, relax! This’ll be back every 7 days with 10 more albums from different styles, genres, themes, etc.

Hey! Don’t dive in thinking this will all be shit just because I am not doing full reviews for these releases! I always have some quality control in mind and looked for expressive, meaningful or just damn heavy releases that hold value without gimmickry or bland plagiarism. This weeks picks come from being inspired by class act noise rock releases by These Beasts and Fine China Superbone this month, and realizing I’d missed a bunch of other interesting records along the way. who vote on a poll every two weeks and decide on the subject of this feature. Next week PATREON patrons will choose what I’ll cover. Thank you! I am eternally grateful for the support of readers and appreciate the friendly and positive interactions I’ve had with all thus far. Think my opinions are trash and that I suck? Want to totally tell me off, bro? Click away and let’s all live more sensible lives full of meaningful interactions. I’m too old and bored with people to care.

If you’re not aligned with the eclectic French label P.O.G.O. yet you’re way late to the party! Their unique taste in noise rock, punk, and a broad spectrum of experimental and sometimes heavy music etc. all of those descriptors apply to Moscow, Russia based noise rock/post-hardcore gods Jars. I missed out on the 150 copy run of the 12″ LP because I missed the initial e-mail back in early January but I wanted to mention this all the same because I think noise/sludge rock fans will eat this up. They’ve nailed that Albini-rock thump, an early-to-mid 90’s heavy atmosphere, and although the 9+ minute opener isn’t a great introduction the record as a whole has vibe that can go from Throats all the way up to like, Dinosaur Jr. weirdness and back again.

A tease, a taste, a quick little scab to scratch around until you bleed from Finnish noise rock band Nov Louis comes with their introduction of ‘Beef #1’. A three song whole hot cow injection of bumbling and drug addled garage rocked noise music that really boogies more than I’d expected. They have this ’86 post-hardcore scrape happening, not quite Scratch Acid but along those lines here and there. As far as I can tell the members here have some ties to Mr. Peter Hayden and Atomikylä but obviously the vibe is completely specifically something else in terms of style. Side A has the catchy tracks and Side B has this epic 6+ minute later The Dicks kind of jam with some Seattle circa ’89 buzz underneath it. Hoping for a full-length soon and I’m guessing on Future Lunch. 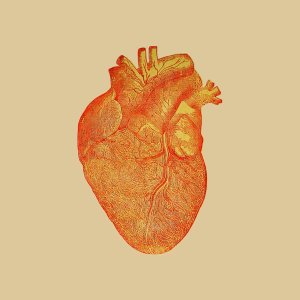 Here’s a trip down memory lane with a ‘where are they now’ moment for Ed Kemper Trio frontman Kenny Johnson who has stayed sharp within the Montgomery, Alabama alt-other-rock arena since EKT disbanded in 2004. El Chupa Cobras was a sort of spirital successor that ended in 2012 after several releases (I’d recommend the post-humous “The Sheep Will Bring Trouble“). Since then Johnson has branched out with freakout punk/noise quartet Black Racers and two solo projects Reverse Engineer (experimental, improv) and noise rock/post-hardcore focused Terrible Lovers. This first EP is entirely performed by Johnson and more or less captures the style and feeling of his first two bands but I’d say with tone a few shades darker as it sort of riffs on the themes explored on later El Chupa Cobras, and some raw life experience since. I’ve been a fan of Johnson‘s guitar work since the release of EKT’s second album so this was a really nice surprise.

What would start as a blackened outsider doom band and evolve into a sludgy noise rock beast now settles into Scandinavian post-rock ooze as Oulu, Finland act Hebosagil yet again evolve their avant-touch on this compilation of EPs ‘Fortuna’ (2017) and ‘Kevät’ (2018). You already heard those quiet post-rock touches on ‘Lohtu’ (2016) but if you missed those two EPs since it’ll be a bit of a shock how they’ve gone fully in the direction of Sólstafir in that they still sound related to the post-metal beginnings that’d gotten them noticed but the style has moved beyond it maintaining only the quirks and complexities that give Hebosagil a certain musical personality. I found most of these tracks fairly predictable all the same and I don’t think they really hit upon anything really unique until “Joki” and there I felt like I’d want to hear more from this band. I suppose this is something for Suomi rock fans (myself included) and it is maybe noise rock adjacent post-rock, but I felt this was the right spot to mention this 12″ LP issue of the compilation.

The lede for Brussels, Belgium based duo All Caps is perfectly jocular in the sense that they meant to figure out some kind of hip-hop album and it ended up being an instrumental riff on Lightning Bolt with some well-placed samples instead. It reminded me of coming across Melt-Banana the first time, thinking they weren’t all that serious but finding some outrageous depth as their discography progressed. Well, time will tell what they can manage beyond this EP but ‘All’s Well That Ends Well’ has an optimistic foot forward with its frantic noise rock drumming and bass work to match. I write off a lot of purely instrumental music due to its inability to last on my shelf beyond a week or so, so take my thoughts with a grain of salt. I love Lightning Bolt, though, and this feels just enough like ‘Ride the Skies’ that I found myself spinning it quite a bit. Good fun, video games, junk food.

Oakland, California gothic post-punks Ötzi took to KXLU radio’s Part Time Punks live concert recording series, which aims for a Peel Sessions type of atmosphere, for this live in studio EP. If you’re already familiar with the trio the songs here are slightly reworked and “Ballad of Oiwa” is a new composition for the sessions. They’ve got the classic post-punk enchantress vibe down pat here but they’re not entirely a throwback act and fit in well enough next to bands like Weathered Statues, Deth Crux, and Echo People but with way more of a Siouxsie and the Banshees vibe. I might’ve missed the whole post-punk/goth wave a few years ago but it is getting impossible to miss month over month. 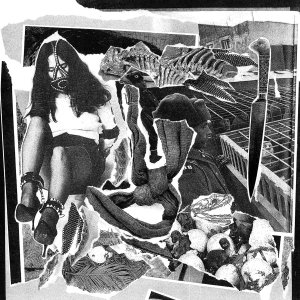 Sandnes, Norway of course delivers a lobotomy by way of blackened noise rock with a hardcore punk punch through the vessel of Witchface. Hallucinating from the Stavanger pollution, or whatever drugs they’d pooled, this most recent release from Witchface is less focused on blackened hardcore ideas and tries to hone in on a truly unique noise rock sound a bit more than half the time. I love how abrasive it is without becoming ridiculous and the 80’s hardcore breaks throughout really make this worth several repeats with adept transitions between blasts and builds. Guest vocals from Maniac (ex-Mayhem, Wurdulak, Skitliv) and Sam Vince (Carved Cross) add some perks to the full listen, too and the novelty of the whole release kinda stuck with me this week.

Chicago, Illinois sludged out noise rock trio These Beasts are right in line with my own insatiable Unsane and –16– fandom and some of that trickles down from recent loves like Portland band ILS and Wrong as well. There is an understanding of the power of succinct hooks, heavy grooves, and interesting flourish that suggest some mastery of songwriting within ‘These Beasts’ and at least appears by the hand of old pros. I didn’t necessarily feel that way about their first EP ‘Salvor’ and I feel like they’ve shifted over towards that post-‘Strap it On’ metallic noise rock ethos, a thinking man’s approach to primitive impact that still works so well. 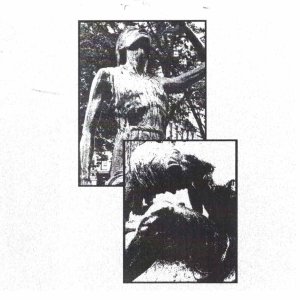 Self-described as ‘major-depressive noise rock’ there is a real point of view forming in the gloom that Boston, Massachusetts doom/rock artist Deep Hole persists with. Beautifully sour devotional depressive rock rhythms form as if by the hand of a modern shoegazing doom metal artiste then form into cyclic bouts of dissonant noise rock. I love what he’s struck upon with “I” and the feedback swarms of “Act of Kindness”, it feels like doom-assed Whores. or Cherubs at times. The whole of ‘Joy’ feels experimental, formative and whatnot but there is for sure gold in those hills he’s mining.

Copenhagen, Denmark new-wave/post-punk outfit The Foreign Resort have that extra something in their music that goes beyond retro fun, sub-genre blends, and striking beats. It isn’t a nameable thing but that sort of feeling when you’re high on a low feeling and the record you’ve put on creates a synergy the amplifies everything you’re feeling. What does late 70’s wave and early 80’s goth post-punk surprise anyone with in 2019? I think the institution is pure kitsch from an objective perspective; It really is boring to rehash ‘Pornography’-era The Cure ad infinitum but there is a sort of synth punk vibe strung throughout ‘Outnumbered’ that makes it something extra beyond expectations. The drum production is particularly nice and I think that’ll separate The Foreign Resort enough from comparably ‘retro’ bands with similar approaches, these beats are simple and all the more effective for their sound design. Maybe I’m just in love with Artoffact Records output this year, and perhaps I had my head in the sand focusing on metal quite a bit this month, but ‘Outnumbered’ really is a lush, professional-assed record and a nice respite from my own norms otherwise.