Arisen in the cosmic density of the newfound wheel-and-cog architecture of the (then) nascent decade with reverence to the surging technical abandon that a blackened future would build, a crust-hidden monolith erupts of its onyx carbon skin and bursts grand eclipse; A new beginning and deeper shadowed tones for they, perhaps the most driven-but-unseen force within modern death’s void today, Slovenian progressive death/thrashers Teleport. In they jet, a firestorm of mutilating waves in tow, they came from the alien world of Ljubljana with passion for the Vektor arts of ‘Stellar Damnation’ (2013) and made haste toward eschaton, their ‘Ascendance’ (2016), toward the reign of Stargazer gleaming in their many eyes. An ocular deification of rhythms beyond tech-thrash kin and dragging in tow a rasping heave of psychedelia that’d toy with the mystic rake of Gorguts kind. ‘The Expansion’ is the unknown, the great reach beyond the self with every hope of ascension willing the corporeal self into pure energetic violence. Each riff a spray of sentient stardust arisen from complex codified passage and how needled they arrive, and how insatiable their rhythm. ‘The Expansion’ is the differentiation of nucleic acid, an evolution of forms and a point of mastery from a quiet intelligence that would evolve steady and resplendent in its glow.

Woe is the technical thrash metal soul who’d missed the first flights of Teleport as they would seemingly evolve mid-mission from a new wave of tech-thrash that grew far beyond the blighted skies of the 90’s unto todays Voivod-ian spawn (Droid, Vektor, Vexovoid, etc.) where Coroner and Sadus persist as hooded gods in shadowy memories. Unto death-like horror they formed, shifting gear and shedding the confines of classicism for imperial gusts of science-fiction horror that brought whipping skulls spinning eternally as the gravity of worlds receded with self-release of ‘The Expansion’ in 2018. A rehearsal room achieved undertaking recorded, mixed and mastered within its confines this three song demo is an infinitely faceted masterpiece of progressive death/thrash that champions the belief that an ambitious mind can achieve greatness in music regardless of situation or circumstance. It is a freely pouring wound, a rip through the consciousness of the host as they are slashed and scoured into basal atomic clusters and reformed as liquid being. That is to say these Slovenian thrashers have a gift for flow of composition and their eruptive sensibilites translate beautifully into progressive, thrash-driven death metal music.

Now arriving on compact disc in 2019 through Edged Circle Productions this demo can hardly be considered in the league of mere demonstration, the quality is above that of many pompous high-cost productions I come across on a daily basis. The guitar runs are beyond riffs as they create a stream of thought rapturous in its follow, a thrashing careen to-and-fro to delight in as it pushes and drifts its path onward. Growl and blustery riff create shape from the shapeless, leaving behind those old DiSanto-isms in favor of their own evolved forms. Surrealistic as Blood Incantation, wandering as early Obliveon but as intentioned as ‘A Great Work of Ages’ the 21 minutes you’ll spend with the official release of this fourth Teleport demo will prove redeeming for the prog-death fan as much as the technical thrash celebrant, it truly is a third form to behold. I counted the original digital self-release (and now sold-out Cassette from Caligari Records) among the twenty best death metal releases you’d missed in 2018 and still today I consider it essential listening. Very high recommendation. For preview “Aphotic Flames of Dissolution” is the immersion that will convert you, but don’t consider moving on until you’ve heard “Beholder of the Silent Sea” as well. 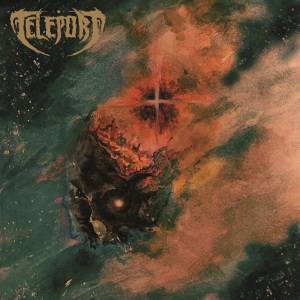