Here I present a ten album sampler of some of the 2018 releases I’d overlooked last year. Consider it a soundtrack meant to catch up with some of the more under-served weirdos and my own oversight of certain 2018 releases. Most of these albums made it here to Ten From the Tomb because I couldn’t manage the time for a long-form review or because I really didn’t have more than a paragraph or two worth of insight beyond banal description. If you’re not into the selection this week, relax! This’ll be back every seven days with 10 more albums from different styles, genres, themes, etc.

Hey! Don’t dive in thinking this will all be shit just because I missed them! I always have some quality control in mind and looked for expressive, meaningful or just damn heavy releases that hold value without gimmickry or bland plagiarism. This weeks picks are all albums I’d highly rate and were selected for full review out of the final ~350 promos I received in 2018. Consider it a ‘Best of’ for things I didn’t have enough time for. Think my opinions are trash and that I suck? Want to totally tell me off, bro? Click away and let’s all live more sensible lives full of meaningful interactions. I’m too old and bored with people to care. 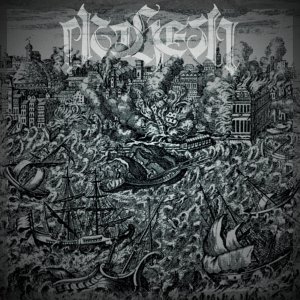 What might initially appear as some sort of blackened neocrust record at face value simply carries the punkish spirit of classic French, and raw Norwegian, black metal  informing a wandering ear for trailing melodies. Based out of Bordeaux, France and freshly minted as a five-piece Archean write nearly improvisational sounding flits and flashes of riff that fester within a mid-paced and mildly dissonant spectrum. This debut EP is well-formed and bold as a live recorded first statement but it isn’t the ‘raw’ black metal side of things that sticks with me, rather the punch that extreme metal gives to their hardcore/crust punk influences excites my ears most. There are hundreds of active bands touting this sub-genre combination and few offer this sort of understated, seething chaos; Pick and choose how you see fit but I’d say, based on this EP, Archean are one worth keeping an eye on. 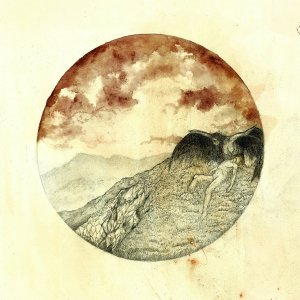 Fórn are a sludge metal influenced extreme doom metal band from Boston, Massachusetts who more or less bridge the gap between the Evoken-esque side of Un with the post-metal/atmospheric sludge influenced side of Bell Witch. The most apt comparison would be Lycus for sure when considering ‘Rites of Despair’, an album that will appeal to funeral/extreme doom metal fandom perhaps more than their ‘sludge/doom’ tag suggests. This type of project truly achieves greatness when they focus on their greatest conceptual extremes and though the margins are wide for doom ‘Rites of Despair’ operates within an appealing range; Thou-esque sludge crawls and bellowing death metal vocals are balanced by the skull-numbing quiet of Fórn‘s more personal atmospheric moments. Though I found this release undeniably strong I really had little to say about it even after months of occasional spins. It surely fills the void but nonetheless hits a hair short of distinction from influence. If you’re a die-hard sludge metal fan who is death/doom curious, this is exactly the right gateway drug to gauge interest with. 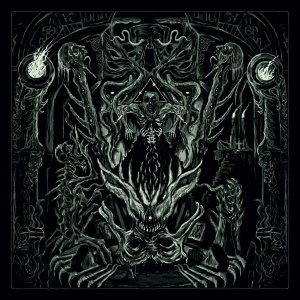 This fittingly anonymous and veiled United States death metal band heavily resemble a slightly more blackened Drawn and Quartered upon first impression. Cavernous sound and claustrophobic post-‘Onward to Golgotha’ guitar tones have been lifted a step outside of the murk of their self-titled demo back in 2014. ‘Utter to Me the Word of Wrath’ still provides the same effect but the de-emphasized atmospherics make for a raw, corrosive tunnel of death metal. If you’re a fan of Funerus a few tracks hit that same death/doom spot without overextending into any real excess, this should appeal to fans of Ritual Necromany‘s latest. As a debut barely clawing its way beyond a half hour Order of the Nameless Ones provide great impact with a focused first statement though this approach will only resonate with the devout and less with those that expect innovation or performative diversion. 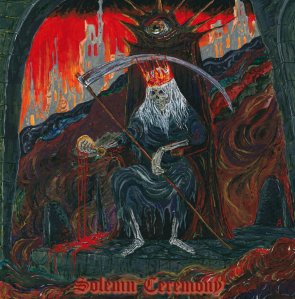 Australian doom metal musician Phil Howlett (Lucifer’s Fall, Dire Fate) strikes out on his own with the debut full-length from Solemn Ceremony. Howlett‘s vocals appear in boiling contempt, a bewildered puke that takes inspiration equal parts Scott Reagers and Albert Witchfinder. Too stripped down to compare to Pilgrim but similarly affected by isolation Solemn Ceremony tip the scales in its own favor thanks to a clear grasp of primordial doom metal’s raw, soul-shanking riffs that approach unassuming and leave a crater in their wake. Polish label Nine Records don’t release a ton of records but any doom fan could easily pick up any of their releases and be fully satisfied this, along with Evangelist and Acolytes of Moros albums, release included. Definitely recommended if you lean into the Saint Vitus side of modern Finnish doom metal. It is stark and/or raving at times to the point of tedium but ‘Solemn Ceremony’ is still one of the more notable traditional doom metal releases from the second half of 2018. 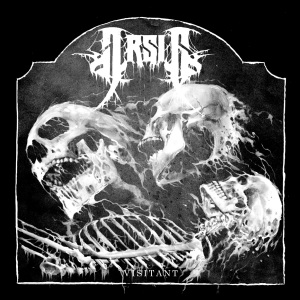 Arsis‘ brand of technical melodic death metal never hit quite as big as say, The Black Dahlia Murder or Revocation but James Malone is nonetheless just as talented in terms of crossing mid-90’s melodic death metal with the rise of technical/progressive death metal beyond the millennium. ‘Visitant’ definitely has that same weirdly polished modern progressive metal sound to it but much of the album is snarling and the new blood of guitarist Brandon Ellis (Cannabis Corpse, The Black Dahlia Murder) has served as some smaller rejuvenation of Arsis‘ sound. There are nods to Death, Martyr, and some prominent thrash metal posturing (and shredding) that are undeniably satisfying. I am typically harsh towards modern melodic death metal, most of the more talented and/or hyped bands are void of riff or full of melodic metalcore/deathcore garbage guitar work, but this is an album I can recommend start to finish. 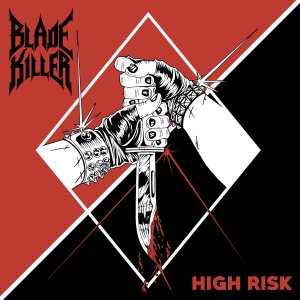 Blade Killer hails from Whittier, California and the blade yielded focuses on peak early 80’s Iron Maiden and the adjacent NWOBHM scene before arena rock aspirations tore the movement apart… Eh, I’m sure that description would’ve held up back in the early 90’s but beyond the millennium this New Wave of Traditional Heavy Metal really stems from groups like White Wizzard, Enforcer, Wolf and such. ‘High Risk’ is a bit heavier than say Sacred Leather or more recent Skull Fist releases and its focus on Maiden-esque guitar runs finds Blade Killer with a promising starting point but vocalist/guitarist Carlos Gutierrez (Fueled By Fire) doesn’t necessarily fling out charisma enough to carry the record and the melodic aspect of ‘High Risk’ is mildly lacking. Groups like this often focus too intently on capture that anthemic 80’s UK arena metal sound without really paying any mind to variation, to really invoke those old records you need a stomper, a ballad, an instrumental, a ripping opener, etc. and much of what Blade Killer does feels too focused on movement rather than building characterizing dynamics. Don’t take that as much more than casual observation, though, I really enjoyed this album’s thrust, jab, and wail ethos. 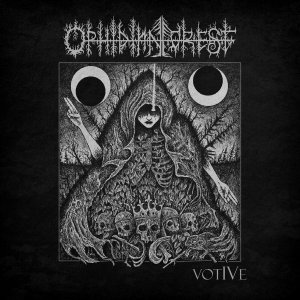 A multi-national collaboration between Californians Otrebor (Botanist, Lotus Thief), dcrf (Book of Sand) and Netherlands based Amalgamoth (vocals, keyboards) Ophidian Forest present this avant-proggish black metal album as a fourth offering unto the left hand path. Pagan black metal is no longer fitting enough in describing the sheer curiosity of Ophidian Forest‘s music although if you’ve followed the progression of auld greats like Kampfar, Helheim, and Dødheimsgard ‘VotIVe’ should feel on the fringes of their slickly modernized worldview. It is a step beyond ‘Susurrus’ even in simple terms of mixing but, what will seem boldly departiv at first really boils down to an increasingly unleashed performance from Amalgamoth, particularly in terms of his keyboard work. 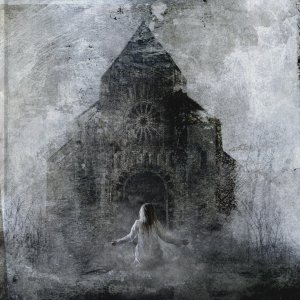 Saskatchewan extreme doom metal band Altars of Grief have smartly evolved their blend of melodic death/doom metal and atmospheric black metal towards a sort of Woods of Ypres-esque place. The ascending lilt of the clean vocal performances create textures that are more evocative of progressive post-metal than pure doom fans might expect and this creates a sort of ‘uplifting’ tonality. Altars of Grief appear in the throes of personal conflict while in motion; What is otherwise intuitively sorrowful music seems equally driven and performative. The inherent conflation of ‘Iris’ allows for grand movements that are perhaps more fantastical than they are pure gloom, this was a hill to climb beyond expectations for ‘doom’. I still feel some petulant irritation with the impurity of this album’s style but have to concede that it is beautifully realized and consistently easy to return to for repeat listens. 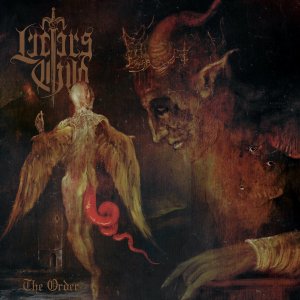 2018 was a fantastic year for Polish label Agonia Records between records from Varathron, The Konsortium, Usurpress, Voidhanger, and the mighty The Order of Apollyon but I had a complete aneurysm in my attempts at making a connection with the second album from Greek black metal group Lucifer’s Child. This is no fault of the album but, rather the November release date that hit me at a point of peak overwhelm, too many choices and not enough time. Though Metal-Archives describes this band as ‘progressive black metal’ I would say they are a powerful mix of mid-to-late 90’s Rotting Christ-esque dark metal and with a raw-but-professional spin on black metal itself. From my perspective this sort of project helps to continue the lineage and lessons learned by younger musicians who have worked with the old greats of Greek black metal. These progeny sustain the line-up of Varathron and no doubt ‘The Order’ is an example of why more recent additions to Nightfall and Rotting Christ were made. Lucifer’s Child is massively listenable but never feels like a trendy modernist scumming. I admire this album so much for its varietal tracklist and the dramatic tension that it builds within a full listen. It might not appeal to folks looking for the ‘cutting edge’ in black metal but I believe most folks who feel reverence for Greek black metal will enjoy every moment. 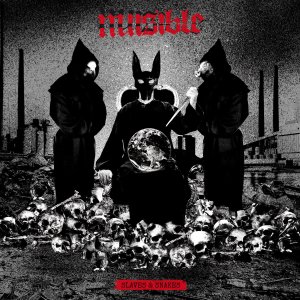 We began this list with a blackened hardcore band from Bordeaux and we end it with a blackened hardcore band from Normandy, this one is far more dedicated to hardcore than their black metal elements as their mission statement calls for equal parts Tragedy and Darkthrone. Though I knew nothing about the band coming into ‘Slaves and Snakes’ I’ve found every release from French label Deadlight Entertainment of high quality and always curated with an ear for compelling underground bands. Nuisible do not disappoint in this sense as they bring the full force of 90’s hardcore punk and darken it around the edges with hints of Swedish death metal buzzsawing, neocrust aplomb, and without losing sight of the throat-grabbing aspects of their core influence. It’d be fair to downplay the ‘blackened’ aspect of Nuisible‘s sound and thier ballsy, hardcore driven metallic sound makes ‘Slaves and Snakes’ easy to recommend to  fans of Ringworm, Languish, and earlier Wolvhammer.

Did I miss your favorite 2018 album? Last call! Drop me a line to tell me. It is always worthwhile to speak up for the lesser known stuff. Please remember you can contribute to my Patreon @ only $1 USD per month ($12 a year) to help keep me in front of the computer writing about metal. Thanks.