Hailing from the second most important city cheesily ‘keeping it weird’ with purpose noise rock/post-hardcore trio Exhalants arrive stark naked and fully prepared with a debut that is more or less all in a day’s work. Recorded live in studio within an eight hour span ‘Exhalants’ is a warm and intimate throttle of classic noise rock tonality set upon a cleverly devised forty-ish minutes of punk-tossed and post-hardcore softened delirium. It plays as a set, a darker meandering between the brazen tension of Cherubs and the mouth-watering guitar work of Unwound‘s ‘New Plastic Ideas’. It feels like guitarist/vocalist Steve has lived a hard decade in between the bounding enthusiasm of Carl Sagan’s Skate Shoes‘ debut and this new band he is leading in the wake; The result is one of the better noise rock adjacent records of the year.

A tonal bell-curve is represented as a full listen of Exhalants‘ self-titled debut starts loud, quiets in the middle, and finished with an even louder bang. As much of a modern day Quicksand (or ‘Slip’ even) vibe as I get from the opener “Latex” the mood sways from that early 90’s raw noise rock/metal jut (Unsane, early Helmet) towards ‘Terraform’ era Shellac (minus some of the Minutemen-ish guitar work and thin guitar tone); The main riff from “Cauterized” could just as easily have been yanked from ‘Meantime’ or ‘Total Destruction’ but the driving sort of post-hardcore soul of ‘Exhalants’ separates the band by a far margin from differently aggro contemporaries like Metz. The flow of the listening experience feels like a natural indulgence.

An unusually comfortable spin is more a trademark of modern thought in noise rock than revisionist abrasion, and this comes with a post-hardcore sound that never goes as saccharine as say… olden Sup Pop or Revelation Records from the early 90’s. Immediately comfortable to an early The Jesus Lizard (everyone’s go-to comparison, anymore) fan but far less challenging, Exhalants are just the right balance of accessible warmth and noisome anxiety be it the brooding, forward-thinking lilt of “Public Display of Failure” or the Am Rep-meets-Slint clang-and-rest of “If Only”. As the record progresses its pace and complexity picks up with most of the ‘hooks’ out of the way by the halfway point and in my case this drive to the finish line typically created some positive anticipation for the record to start again. It is only mildly front-loaded but no song ever felt skippable across several listens. ‘Exhalants’ comes with a healthy recommendation for both adventurous post-hardcore fans and noise rock folks who value performative ideas and memorable songwriting over blunt heaviness and chaos, though there is a bit of that too. 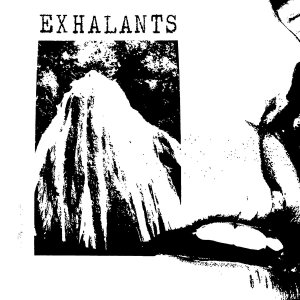