Through ritualistic transubstantiation orthodox Christianity has long retained fealty between followers and imagined spectre of creation’s impetus in the form of cannibalistic gesture. In traditions borrowed from prior existent religious cultures, a symbolic consumption of the martyr’s flesh and blood infuses the eater of Christ with his essence. To eat God’s offspring is to become him in some small way, but one must do it with some frequency or the ‘magic’ could wear off. Different phrases, sonnets, and hymns accompany the cannibalistic gesture and seek to purge any questions of power with added incantations to strengthen this primitive and plagiarized ritual magic. These rituals are punctuated with specific hymns in glorification to the consumed martyr; Doxologies are meant to strengthen this spell of Christ’s imbuing into the mortal body. Though few similarly primitive ritual magicks survive in the modern world that are as pervasive as the consumption of Christ, melodic odes used to punctuate rapturous worship see great variety in every sub-sect of Abrahamic religion. Music meant to glorify and praise above all else forces inspiration into the follower’s ear first and Athens, Greece based black metal artist Eriphion aims for glorification on this debut full-length coming just a couple of months after their impressive ‘Hossana’ EP back in June.

Much like that brilliant first EP the narrative follows a solitary man’s descent into darkness. The poetry gently suggests an apocalypse visible around him as his descent into the void ends with the dawn of all things appearing as still solitary revelation. There is some valuable escape in this story as it reaches the glorious resignation of “The Immortal”. Without lyrics to the title track that finishes the narrative I’m left floating in wonder and this despite doing my best to make out the lyrics; Ending up mentally blue-balled with respect to the conclusion isn’t a sore issue and being left slightly adrift in the cosmos of the narrative is almost fitting for the style of semi-melodic black metal expressed on ‘Doxologia’. It is a different sort of beast than you might expect so quickly after ‘Hossana’, though.

Whereas I couldn’t stop suggesting ‘Hossana’ was regal and a mixture of second wave and more typical Greek black metal influences ‘Doxologia’ finds contemplative yearning as often as Eriphion still reaches for those statuesque rhythms of old. It isn’t exactly a dive towards Drudkh or whatever but there are some forays into atmospheric territory amidst those typical Hellenic moments and the effect is modernizing, at least nearing a sound in parity with albums like Rotting Christ‘s ‘Theologia’ and composition following in some relation to Kawir‘s ‘Ophiolatreia’ minus the keyboard work. The melodic guitar movements appear as transition between larger, distinct riffs that twist and rock with greater intensity than previous. There is a silken urgency guiding Eriphion‘s hand as their guitar work is more often brutally clever beyond the scraping rake of bands like Naer Mataron, but the layers are deeper still with an increased ambition on display.

The most striking thing upon first listen was how instantly accessible ‘Doxologia’ is. With a balanced sound that appears as the work of a seasoned professional. It is much more developed than expected, yet doesn’t fully satisfy my need for old school Greek black metal as much as my love of semi-melodic black metal. With my own expectations realigned and not emphasized Eriphion appears yet again as a confident and polished project with work that pushes it’s value immediately and only slightly surprises after that great first impression. ‘Doxologia’ wasn’t a grower for me across many listens but rather maintained a high standard and some consistent value as a polished and modern re-thinking of an aging form of black metal. For preview I would suggest “Corridor of Souls” to melodic black metal fans, “Ashes to Ashes” if you’re a bit more dark metal inclined, and “Sin is Calling” for those most thrilled by Hellenic black metal style. 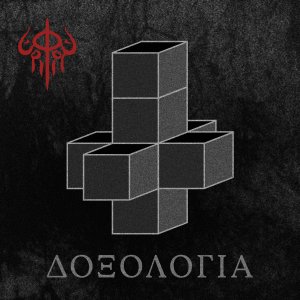