Formed in Keyport, New Jersey as Psychosis in 1987 the untamed spirit of this aptly named death/thrash metal band lives in quiet infamy amongst only the deepest diving collectors and retro enthusiasts and to be frank that is a damn shame. Psychosis began playing what I’d consider a technical form of thrash metal along the lines of R.A.V.A.G.E.‘s pre-Atheist demos and Hellwitch but with the snarling horror of bands like Ripped (Ohio) and Necrophagia in tow. This compilation was released in 1995 after the band had reformed under the name Mass Psychosis prior to the release of their sole album ‘Necroporno’ (1997). The show piece here is the brilliant ‘Face’ (1991) demo which they re-released on cassette under their new name back in 1993 as well. The reckless, spirited insanity of this demo is the main attraction for folks who obsess over death/thrash metal and was surprisingly technical and unique for ’91. It is a great reminder that bands who pull very little hype can turn out be extremely fulfilling, unassuming gems that carry importance long after they’ve called it quits.

Released on No Bull Records, a short lived Austria based imprint of Koch International, in fairly limited quantities ‘Face’ was in hindsight appears as a last gasp for the band in terms of hoping to strike a deal with a record label; It likely under-performed considering 1995’s obsession with death metal had largely passed on to death n’ roll clones and a quickly approaching spike of melodic death metal. Technical musicians like those of Mass Psychosis only seemed to double down on their clever Atheist-like crawls, bursts of frantic scales, and almost jazz-like drum performances. Were ‘Face’ released today it’d be hailed as innovative and savage old school tech-death revisionist thinking and in saying that I only mean to suggest that Mass Psychosis were forward-thinking to the point of alienation alongside Ripped and many other bands just too weird (or too high?) to play the game and get a big record out.

In documenting the genius of Psychosis after they’d reset themselves, Mass Psychosis ensured their inspired old school progressive death/thrash beginnings did not die and I am thankful for that above all else. This is an anomaly geared towards the strangest of tastes, for folks like me who seek the weird and aggressive outsiders that co-existed with the greats excepted from any greater recognition. So, I’d largely recommend this to the ‘weird thrash’ heads and ‘old school prog death’ folks with the additional recommend of ‘Necroporno’ although I prefer the original ‘Face’ demo above everything else. 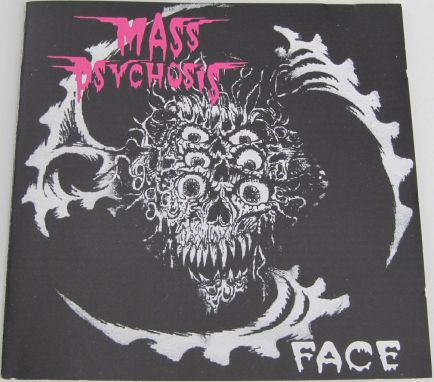 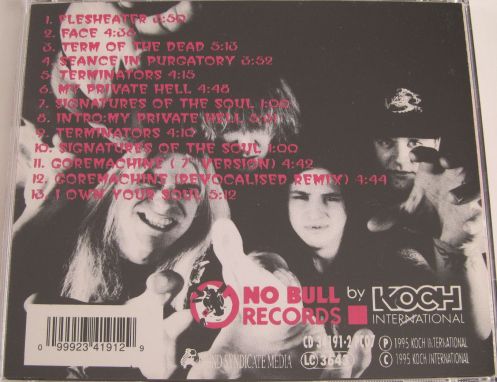