Say what you will about Aleister Crowley, and there is a lot to say, but one of the more interesting and easily replicated practices initially described in his The Book of Lies (1912) was that of sex magic rituals intending to induce eroto-comatose lucidity. There was some brilliance in the post-Nietzsche suggestion from the Ordo Templi Orientis that in perfecting and indulging sexual and procreative urges a person rises above their ‘brutish’ tendency and (to paraphrase) achieves a certain enlightenment through sacred sexual entrancement. Those rituals were perhaps overly staffed for my own taste but essentially the subject is stimulated sexually (read: edged) to the point of exhaustion with/without orgasm until asleep. The optional second stage of the ritual was a matter of modulating a semi-conscious state through sexual stimulation without waking the subject; The group acts as a consensual incubus, more or less, with the intention of inducing a lucid state of sleeping arousal, sub-conscious ecstasy. Of course Crowley was a plagiarist as often as he was an innovator and he’d simply replaced guided hallucination rituals with sexual exhaustion but there remains no reasonable downside to promoting sexual liberation of any form.

Oh, right this is a review for a black metal EP. Divine Ecstasy surely enjoy the fruits and freedoms of sexual counter-culture but that isn’t necessarily the ‘point’ or focus of their endeavor thus far. Instead, these Detroit, Michigan raw black metal musicians portray righteously discourteous equivalences between religious ecstasy and indulging in sexual niche. To say you’ll need to read between the lines would be ridiculous but they’re at least one step beyond the goaty Satan porn of certain war metal factions and “Eternally Scarred” certainly points at least one finger towards the abusive victimization common to clergymen. I find themes of defiant sex mocking religious fervor delivered with sarcasm pretty satisfying but the only reason I kept listening to ‘Strange Passions’ was for it’s raw, psychotropic, riff-infused old school black metal sound.

The sound is unpolished and gnarled in style but with clarity comparable to early releases from Darkthrone with some slight resemblance to early Arckanum such as ‘Fran Marder’. The style is harder to suss out into categorical comparisons but if you look towards the darker recesses of the mid-to-late 90’s, releases from Judas Iscariot and Maniac Butcher‘s underrated ‘Lučan-antikrist’ offer some small clairvoyance of what to expect. I figure they’d be more comfortable doing an early Necromass cover over something from ‘A Blaze in the Northern Sky’ if that makes any sense. It doesn’t quite fit in with the full-on ultra true raw black metal epidemic but instead offers what I consider a personal antidote to the lacking direction of bands like Craft. If your black metal kink is an attraction to bands indebted to the oddities of it’s first wave with some evolved sense of melody beyond speed metal, and you don’t mind the minimal drum production, there is some greater value for you in ‘Strange Passions’. I’d particularly recommend “Prophets of Madness”, “Lost in the Catacombs” and sardonic opener “Eternally Scarred”.  No doubt the project is already working on new material so, I’d recommend this ‘Strange Passions’ EP to die-hard black metal fans ahead of the inevitable hype. 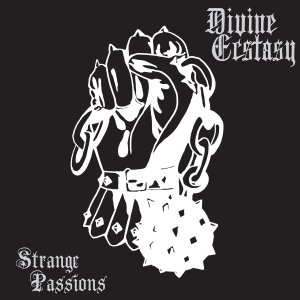