Be it westernized neo-Buddhism, Eckhart Tolle‘s awkward deletion of the ‘self’, or the ages old lonely metaphysical poetics of John Donne the need to follow and commune drives a nigh constant message that no man can ‘be an island’ that suggests we as human beings must relate and commiserate to thrive. This is religion and new age faux spirituality’s most successfully implanted tendril within the minds of those born into monotheistic culture. To excise the ‘self’ and see only community has it’s own implications for separate consideration but to create an island of the mind, a halligen formed and tormented by persistent erosion, is the human brain’s most potent form of coping mechanism. The cathartic and rippling melodic guitar work of German black metal band Hallig offers both the respite and toilsome erosion of such an island with a narrow, grassy island of introspective lyric poetry to perch on. Their second full-length ‘A Distant Reflection of the Void’ looks far beyond the shores of the self and considers instead the impossible scale of the cosmos relative to the ardent struggles of being.

Formed in 2011 and impressively well conceived upon the release of their debut full-length ’13 Keys to Lunacy’ (2012) this Ruhr based project began aiming towards a blissful combination of Scandinavia influenced melodic black metal and simpler orthodoxy. The album was a detailed self-examination seemingly in turmoil, directing the horrors of injustice and misunderstanding alongside personally defeated musings. The style was fairly plain considering the great tradition of low-frills and highly eccentric melodic black metal coming from Germany since the early 90’s. Hallig were yet a young project and with some six years between full-lengths ‘A Distant Reflection of the Void’ offers a different sound, a different mindset and a half decade’s worth of growth.

Although the philosophy and ethos of Dissection is the easiest broad wave to paint across Hallig‘s sound it would be remiss to suggest ‘A Distant Reflection of the Void’ carries any direct similarities with the first wave of melodic black metal. Instead consider the band’s second full-length a fine example of modern melodic black metal slightly more adventurous than Istapp, Forteresse or Uada but equally fluid.  When I say adventurous I mean a certain amount of influence coming from Swedish and Norwegian crossover between viking metal and melodic black metal most common in the late 90’s and early 2000’s. There are tempered rock riffs a la later Thyrfing, rousing lead guitar work a la Sognametal groups such as Windir and Mistur, as well as some softer ‘Far Away From the Sun’ moments all dotted across ‘A Distant Reflection of the Void’.

Hallig‘s second full-length is a ‘more, more, more’ sort of follow-up that uses excess to up the ante and although it makes a stunning first and second impression it’s length and overuse of atmospheric guitar techniques begins to mush together over time. With greater familiarity with the arc of ‘A Distant Reflection of the Void’ came some irritation with the glut of ideas expressed. “Into Infinity” sounds like the intro to late 90’s Sentenced or Katatonia album and leads into perhaps one of the best tracks on the album “From Ashes All Blooms” but this cavalcade of four strong tracks at the end of the album appears as if they recorded an extra EP’s worth of material and arranged it at the end of the album. I’d have chopped that bit off, but what do I know? Too much of a good thing is a problem I can live with but I did find myself skipping around to the strongest tracks after several listens. The track arrangement never really demands a certain order of listening.

If you are already a well-seasoned melodic black metal fan Hallig will be a warm, moderately dark metal experience with instantly recognizable nods to the old, new, and borrowed ways of the sub-genre. Where this album holds value is in it’s modernity and excess of ideas and less in any greater profundity. There is depth but no certain escape from the reality of existence as a solid genre entry. For preview I would say start with the pairing of “Into Infinity” and “From Ashes All Blooms” but don’t skip over the Sacramentum-lite “Trümmer” and Mistur-esque “Straight to the Ninth”. 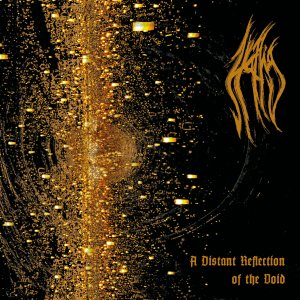