Here I present a ten album sampler of some of the best hardcore punk releases I’ve received so far this year. Consider it a soundtrack to your favorite post-apocalyptic 80’s punksploitation film. Most of these made it here to Ten From the Tomb because I couldn’t manage a long-form review or because I really didn’t have more than a paragraph or two worth of insight beyond banal description. If you don’t link punk music or 80’s style hardcore punk or whatever, relax. This’ll be back every seven days with 10 more albums from different styles, genres, themes, etc. Hey! Don’t dive in thinking these all suck, either. Some of them will but that’s all subjective, man! I’ll be focusing on the positive aspects of their art with the score attached to indicate my personal verdict. Think my opinions are trash and that I suck? Want to totally tell me off, bro? Click away and let’s all live more sensible lives full of meaningful interactions. I’m too old and bored with people to care.

This raging Dutch hardcore punk/grindcore band have all of the fury of European style hardcore at their disposal and they amplify it all with the delivery of late 90’s grindcore and neo-crust influences. Aaaand that’s about all I have to say about them. They rip! I’m not the best source of grindcore information but as a fan of hardcore punk and the more aggressive/metallic spectrum of European hardcore this is a good listen. Not as catchy as something like Raised Fist but also far more aggressive, though it doesn’t necessarily reach the havoc levels of something like Pig Destroyer either. This comes from Give Praise Records who’d put out the Eaten EP from a few months back and I have to say the more I hear from them the more I appreciate their taste in grindcore.

Maailmanloppu seems like a funny word especially you might think it’d translate into English as ‘mailman’ a man who delivers the mail. Nope, it means ‘apocalypse’ and they’ve been around since 2010 spreading their ultimate early 80’s hardcore meets post-punk style. ‘Tuhon Koodi’ is their latest full-length and their first in six years, it basically slaps ass hard. Finnish is an odd language with slightly vulgar diction that works perfectly for hardcore, so even if you don’t understand it you’ll have a good time jumping into Maailmanloppu‘s very traditional style of hardcore punk. I found this record was one-note and almost mind-numbing in it’s straight forward attack but it all worked out fine once I realized it was only 23 minutes. 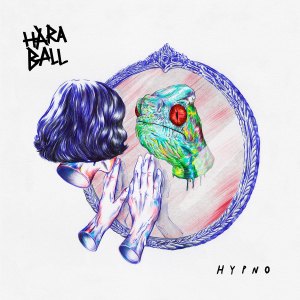 Haraball are a five-piece Norwegian hardcore punk band that sat down after their first album ‘Half Tux’ (2014) and got fuckin’ bored with their own hardcore iterations. They stripped it down, jangled, screwed, chopped and noise rocked their way towards ‘Hypno’ four years later. This is a dissonant and sour post-hardcore record that is far darker and anti-social than anything they’ve recorded previous. I found ‘Hypno’ amazing as it felt like a modern art-rock sound being applied to true hardcore punk and it has quickly become one of my favorite hardcore-related releases of the year. Though it might sound like I’m describing a Refused record, in fact this does features synth work, it does feel like a post-punk/noise rock/psychedelic vibe carries it to another world. I had written a glowing review of this months ago but I’d gotten self-conscious that my hardcore reviews began to sound too pretentious or ill-informed. Without question this is one of the better post-hardcore releases of the year for me. 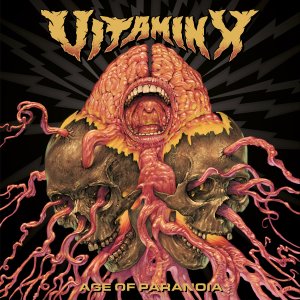 Vitamin X are a Netherlands based straight edge hardcore band active for well over 20 years. They’re politically minded but they have fun with it and they’ve always fit in well with the ‘thrashcore’ and crossover crowds thanks to rock solos and very tight old school sound. Slapshot, early 7 Seconds, and even early Corrosion of Conformity are all great reference points but in 2018 very few hardcore records get as loud and pure of a production value as heard on ‘Age of Paranoia’. It sounds a bit like when Boston hardcore went kinda hard rock in the mid-80’s, but most of that is smoothed over by some melodic hardcore moments and their own sound has been distinct for decades now. I’m a fan of this band in passing and they the sort of band I’d always stop and see at a festival or if they came through town but I have some small gripes with this record. The main reason it didn’t really get ranting and raving from me was in the sheer volume of the guitar solos, they’re too damn loud and most of them are really generic rock licks. This is one of the best sounding hardcore moments of the year so far but I kinda wished they’d stick to the shortest, most intense stuff.

Relax man, yeah this is melodic hardcore at best and really Neutral Bombs draws most of their influence from bands like Rancid, Social Distortion and UK Bombs. The sort of thing you’d get on Hellcat Records in the early 00’s but without any rawness. I eventually warmed up to this Lugano, Switzerland based punk rock band despite how predictable their songs are. Most of them are pretty catchy and listenable. So, why talk about it if I’m not all that amazed by their music? Well, the lyrics represent a younger generation of melodic punk music aimed at progressive politics and their outlook is remarkably positive. As often as I see artists positing the end of times and the destruction of the human race, it was something different to hear an Operation Ivy influenced riff played over a celebration of different sexualities and generally celebrating life. At the very least it reminded me of discovering punk music as a 10 year old kid who was far too fucking weird for the suburbs. 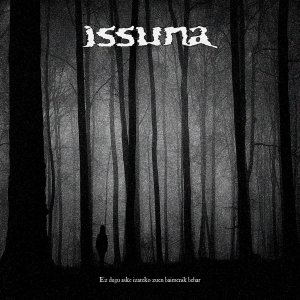 Issuna are a DIY hardcore/crust punk band from Ermua in the Basque region of Spain. Their style is a mix of melodic hardcore ideas, moshing riffs and some heavy crust punk style. The sound is very cheap but they manage some good songs as the album progresses. The style is cold, furious and often depressive much like a lot of Swedish crust. I found myself more than able to overlook the poor cymbal sound on the drum recording because I enjoyed the guitar work. I doubt most listeners will be as forgiving as me, the demo hunting 80’s hardcore nerd, but I had a good time with this short album. 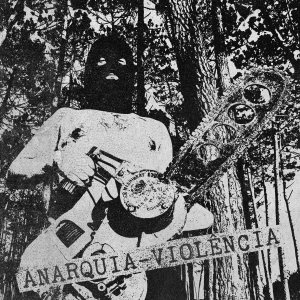 Hailing from Lisbon, Portugal this anarcho crust punk band have taken a stand in re-establishing punk’s rightful place as music of protest and revolution. Well shit, it’s about time 2018 has seen a severe shortage of protest music in the face of rising fascism across the globe. Build guillotines for them all and start with the wealthiest swine and burn your oppressor’s churches next. Burn them all down. *cough* I mean, uh… this album has a shirtless guy holding a chainsaw. Neat. The music is alright, lo-fi stuff with very basic drum sound that seems programmed (“Crapitalism”) but I like most of the guitar work.

If you remember what 90’s hardcore was like before everyone started messing with melodic death metal riffs and down-tuned djent nonsense there was a heavy friggin’ chug-fest coming from both US coasts that put the emphasis on the pit. This is where stuff like Hatebreed and Merauder came from and what I consider the golden age of Victory Records. I still like some of that stuff and World Demise does too as they drop a huge set of balls on the table with their self-titled EP. All Out War, Sworn Enemy, and the whole Madball crew of related bands all get some respect from this project’s style and if you don’t like some of that moshable beatdown stuff, it’ll probably not flip your lid. I’m definitely more of an Earth Crisis and Snapcase dork but if you’re more of a North Side Kings kinda bro this is your new jam. 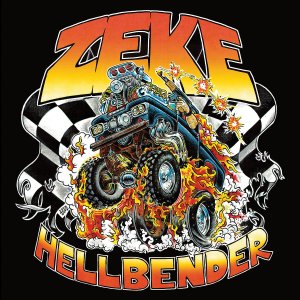 Shit I haven’t even heard of Zeke since 1998 when I bought their Epitaph Records debut ‘Kicked in the Teeth’. I’d read an interview with The Dwarves and the topic of Zeke came up and it was all downhill for me from there. Their style of garage rock kicked into gear by hardcore punk makes for a great live show but I’ve never really dug any of their full-lengths as a listening experience. At one point I had drafted a review that waxed nostalgic over those free (I guess? We all just passed them around…) Punk-O-Rama compilations that Epitaph put out and how fun it was to discover 10-15 new bands all in a row and try out each one. This was partially me not having much to say about a good band and not really taking the time to fill in the gaps in their discography that I’d never heard. For what it’s worth this is a great hardcore punk album with short and ripping fast songs that all flow together for a pretty decent ride. It all blurs by a lot faster and easier than Vitamin X, without as many riffs, but these guys can whip out a rock solo that actually works every time. They were always called the Motörhead of hardcore twenty years ago and I guess that still holds up (“AR-15”). Good listen overall.

If you are a fan of European or just Scandinavian punk music this is the second entry in a series documenting Finnish punk rock. The first compilation focused on bands that were unsigned and released independent albums and this one goes even deeper by sourcing demos, rarities and unreleased tracks. The bands are generally melodic ’77 style punk and UK82 influenced stuff with my favorite being the UK Subs-esque Woude. But the value isn’t just in the rarities here because the LP comes with an almost 60 page booklet that is truly a beautiful thing. Of course this music is aimed at collectors but even the worst song here is as good as the best Ramones song, and it’s all sung in Finnish. The only track that is completely unlistenable is The Nivelreuma‘s song, which is just garbage sounding in terms of fidelity. If lo-fi punk with lyrics you probably won’t understand is your thing, jump on in the melodies are overall pretty suave.

Did I miss your favorite underrated 2018 hardcore punk album? I’d like to know if there are any 2018 releases you loved but didn’t get enough recognition, drop me a line to tell me. It is always worthwhile to speak up for the lesser known stuff. Please remember you can contribute to my Patreon @ only $1 USD per month ($12 a year) to help keep me in front of the computer writing about metal. Thanks.