Formed in 2012 in Zurich, Switzerland of all places Matterhorn are a blast of freshly thrashing air who combine the angularity of hardcore, the precision of 80’s speed metal with the aggressive attack of proto-death metal. At face value their sound and style is immediately reminiscent of the most primal visions of Celtic Frost and Dream Death thanks to unholy cyclical riffing and an unholy grunt up front. On ‘Crass Cleansing’ have achieved something truly special in creating rhythm guitar runs that are so enthralling you’ll quickly slap the decades of Hellhammer influenced riffing you’ve collected off the shelf.

At one point Switzerland was a hotbed for this mutant form of extreme metal that could not be pinned down into one area with groups like Excruciation and Messiah showing great promise with outside-the-box extreme thrash but with groups like Slaughter, Sepultura, and Repulsion garnering more immediate influence in the late 80’s and Celtic Frost going glam the region would quickly follow suit. Matterhorn are no recreation society or retro-focused experience but rather a cyclone of their own influences taken with some great appreciation for punk’s irreverence and early extreme metal barbarity. This has lead to an impossibly tight rhythmic dynamic that reaches far beyond their sonic influences.

The closest possible comparison, based on overall sound, would come from Excruciation‘s more thrash focused demo period during 1988-1991 but Matterhorn are far more extreme, confident, and better served next to Dream Death‘s ‘More Graveyard Delving’ or a hyper-speed ‘Morbid Tales’. ‘Crass Cleansing’ is without question a thrashing and intensely delivered experience even compared to some of the masters that Matterhorn invoke. The rapidly winding course of riff-after-riff greatly appealed to the noise rock lover in me (“Of All I Was”) beyond the deathly, ritualistic speed metal attack of it all. It might not come across as more than a siphoning and concentration of the best, meatiest moments of Tom G. Warrior and crew’s earliest days but this feeling will wear off through direction comparison and more devoted listening. Either way, it is an admirable result.

Few bands are so capable of creating rhythmic tension and torturous release with such reckless abandon, and much of this is conveyed brilliantly with an attitude of rebellious aggression. Vocalist/guitarist Morbid has honed his craft with such precision and timing that without that slight vodka-slurred delivery (“Teenage Emperors”) it’d all likely have half the impact; And I say that with no discount of the impeccably practiced and tight delivery of the rest of the trio. Outside of maybe a few death metal albums, and perhaps Usurper, few bands have come anywhere close to pulling off this style and the trick appears to be in capturing the right attitude and aggression without emulating the sloppiness of the ancient works of extreme metal.

If you have no love for the graves and altars of bands like Hellhammer, Dream Death, and Slaughter you should either remedy that with further listening or use Matterhorn‘s modern evolution towards greater precision and dynamism as an induction into the greater potential of early extreme metal’s speed metallic attack, doom-dripping riffs, and ultimate deathly candor. Easily one of the best debuts of the year and with great promise of more to come. 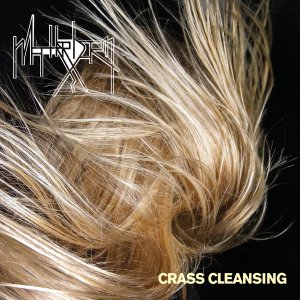