Intentional flow, a sense of movement, can either ‘make’ progressive music or clog it’s arteries with misguided repetition. Nothing can more easily damn a performative work’s lasting appeal than trite tonal play used as padding that outnumbers musical statement. This is unfortunately the reality of watered down progressive and pointlessly atmospheric trends that have dominated experimental metal’s more popular ‘buzz’ of the last decade. It only really works wonders for me when a composer or songwriter is a listener and not an inspired imitator. In the fortunate case of Wrack aka Tyler Cox (The Mass) flow and functional structure are intertwined whether he is playing mathcore tickled atmospheric sludge metal or progressive sludge/death metal.

Wrack‘s ‘Graveyard’ EP in 2009 and ‘Hollow Sun’ today might initially appear as two pins dropped nine years apart; Two relative points in life that represent a decade’s growth. Birthed from formative hardcore and sludge influences ‘Graveyard’ was a different man, a younger but no less angry fellow who’d just as well shred-and-shout out oddly-timed mathy chugs across a trio of 7-10 minute songs heavily padded by atmospheric ambiance. Now older and with some greater sense of self ‘Hollow Sun’ isn’t so much a different direction for Wrack but a grand attempt to fill in the blanks across the long wait. Wiry and still toying with choked rhythmic ideas now more noise-rock and less post-‘core’ Cox surely expresses a decades worth of refined guitar technique and provides a ranting, overflowing mess of progressive extreme metal with each piece.

Still more ‘To Die For’ than ‘Obscura’ in delivery, ‘Hollow Sun’ does straddle an interesting line between progressive death metal’s jazzy weirdos like Sickening Horror‘s ‘Overflow’ and mathcore/djent sensibilities that I’m less warmed by. The urge to examine the whole experience rather than enjoying the moment was tough to fight and unusual for my habits and I think it really amounted to a slow-burning development of looser song structure. Much of the title track feels needlessly repetitive (in the moment) and the atmospheric ‘payoff’ at the end of each of the 10+ minute tracks really seems to function as an alternative to the faux-pas of a fade-out. Where I found myself enjoying ‘Hollow Sun’ was actually within Wrack‘s ability to build, and generally sustain, anticipation beyond the dry hammering of ‘Graveyard’.

The drone of “Hollow Sun” gives way to the impressive and unexpected post-hardcore/sludge of “I Will Not Be Peace” and there I found the ‘payoff’ that rounded out the overall experience. I might be enamored with ‘Hollow Sun’ simply for the fact that it sounds unlike most else I’ve heard in sludged-out progressive music for the past several years and I appreciate the professional guitar performances throughout. This is a tough thing to preview because the juxtaposition of  the first twenty minutes with the last seven is the highlight and if you’d just jump right to “I Will Not Be Peace”, I’m sure you’ll miss out on some of Wrack‘s intended impact. A worthy listen regardless of how you approach it’s intricacies and eclectic quirks. Though I think Cox‘ vision is yet perfectly realized, this second pin on the map offers some clever growth and adventurous style. 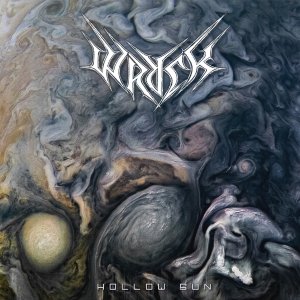