Frustration and disorientation are hardly marketable reactions and though they are rarely intentional in terms of popular music any reaction has some greater value than none at all. Osaka, Japan conceived experimental and wholly abstract psychedelic black metal project 夢遊病者 uses the sweeping, lo-fi curse of atmospheric black metal aesthetics to create a wild storm of frustration that is cathartic as it is spectacular. By taking cues from free-jazz structures, atmospheric horror soundtracks, and the glue of echoing psychedelia-soaked atmospheric black ‘一期一会’ is so hopelessly alien that any appropriate reaction is difficult to muster. Though I’ve seen different sites translate 夢遊病者 as Sleepwalkers I’m not sure what the basis for plurality in the translation is, so I’ll refer to the project as Sleepwalker pending any specific correction.

Sleepwalker uses largely the same method of a ‘live in studio’ recording (with overdubs)  for each release so far, with the exception of ‘統合失調症の飢餓’ which was recorded in separate locations. Disorienting whispers and effects-laiden vocals growl in the distance, occasionally swirling toward the center of the mix for more aggressive moments. Obscured distorted bass and trailing guitar leads often settle into noise rock angularity and occasionally an almost sludge metal groove. This made the fleeting Zeni Geva influences apparent in some ways, yet with each release the tendency has been towards heavier extremes. If Arkheth makes progressive rock with black metal aesthetics and Oranssi Pazuzu uses space rock and psychedelia for broader musical language, then I suppose Sleepwalker bends the shapes of extreme metal using drone. jazz, and noise rock to create psychedelic hysterics.

‘5772’ perhaps saw the band stumbling on just the right combination of live performance, noisome textures, and captivating use of lead guitars. What worked best was easily found in tracks like ‘Plain Wood’ where the jumbled and restful rhythms collided with whispered echoes while escaping the more blatant post-rock/neo-psych beats. This is where ‘一期一会’ picks up and makes strides beyond the original conception of the project.  “For this time only, never again” or more often translated as “One chance in a lifetime” is a sort of mantra for allowing this type of release to change and evolve in my mind with each listen. There is no permanence in the style or attack of Sleepwalker‘s latest and in bouncing from tribal ambient percussion, huge bassy grooves, and hurtling into free-jazz noodling; The gist and the value of the experience lies in the moment and in the performance. This is so far outside of the range of most metered, practiced, and precision driven metal performances that it often feels disturbingly ‘outsider’.

With some greater elevation of sound quality and performance ability ‘一期一会’ is perhaps even more challenging than previous releases as Sleepwalker‘s oeuvre widens but what is most important for my taste is the improved integration of extreme metal guitar work within the many colliding layers of sound. “No Premature Celebrations” is an excellent example of the spooky psych riffing, black metal, and soundtrack-esque guitar layers creating an odd mixture of feeling that is both pleasant and disturbing at once. This goes far beyond the pompous chaos of groups like Kekal and Sigh at their most experimental but, also sits comfortably within that greater futurist avant-garde metal vision occupied by few.

There is almost certainly some greater metaphysical value in the collusion of fright, beauty, and restless thoughts racing through ‘一期一会’ and it’s seemingly endless flailing resembles a sharply refined improvisation more than it does a heavy metal record. The question of value comes down to one’s ability, or more importantly desire, to step outside of expected constructs of extreme metal and be torn apart by the frenetic deliverance of Sleepwalker. For my taste it was fittingly surreal and dark to the point of fixation and then resignation as it spun repeatedly. The whole experience is an odd thing to analyze as a worldly fusion of extreme music, emotive performance, and creepy-crawly lo-fi murk. I doubt many folks will enjoy it, at least initially, but the potential for being swept up and captivated by ‘一期一会’ is infinite. 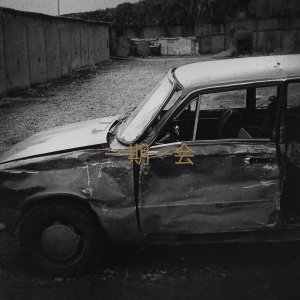