Formed several years after the dissolution of their former metalcore project AWOL Brittany, France-based technical thrash band Voight Kampff took influence from Philip K Dick, modern thrash and classic progressive death metal for their ‘More Human than Human’ debut in 2012. Hints of Nocturnus, Coroner, Death and Blade Runner clips made for a jumbled debut full-length that felt like a poorly informed Carcariass reformation rather than an exciting new band. Their inspiration and professional approach was still admirable for a debut album and ‘More Human than Human’ did a great job of reviving the spirit of the early 90’s European techno-thrash movement and giving it a modern spin. If they’d missed the mark anywhere along the way it was in guitar composition and memorable riffing, but the lead guitars did stand out among the otherwise amateurish thrashing. Most of the same remarks can be made in reference to their follow-up.

On Voight Kampff‘s second album ‘Substance Rêve’ their 90’s progressive death metal influences and technical thrash conception lend a hand towards something reminiscent of early Obliveon or Nocturnus‘ ‘Thresholds’. The most compelling moments typically involve riffing that is dangerously close to being yanked directly from Voivod and Death albums, straddling the line between resemblance and influence. The actual thrash resemblance is far more ‘Killing Technology’-meets-Deathrow but you’ll most definitely get a hint of Chuck Schuldiner‘s style when it comes to lead guitars and vocals. It is no surprise that it all ends up being slightly forgettable as a lot of progressive/tech-thrash was post-1991, in this sense ‘Substance Rêve’ is an exercise in predictable dynamics. I’m probably harsher on this sort of record because I’m a technical thrash metal fanatic and have high expectations for Voivod influenced output coming off of some huge records from Vektor and Droid in recent years. All things considered it is a very listenable album.

The idea of a technical thrash record influenced by Death, Voivod, Coroner and King Crimson coming from former metalcore musicians that is actually good is mind-boggling. It is a strong leap away from their ‘pedestrian’ first album and I think a great deal of that improvement comes from the stronger capabilities of new drummer Oliv who has made great strides since the first album Because ‘Substance Rêve’ is more or less the first acceptable technical thrash full-length of 2018, with some minor releases from younger bands like Miscreance and Genetic Infection, I think tech-thrash fans who are starved for content will eat up the album’s style and sound. But my own personal taste finds it redundant, overly long, and too reliant on later-era Death and Cynic for standout moments and atmosphere when a focus on thrash and a less derivative sound might have differentiated the overall flow of the record away from too-frequent ‘Symbolic’-esque reprieves. Also I have a peeve in terms of comic book/cartoon art style being used for album art that doesn’t affect the score but it definitely detracted from the overall impression. Recommended to Deathrow, Obliveon, and ‘Symbolic’ fans. 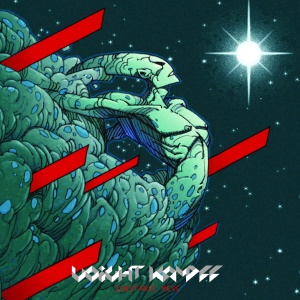