A project like Sect Pig really deserves a visceral and honest reaction that is ignorant of it’s conception, identity, or themes. If you’ve ever tried to make bad bedroom black metal or goregrind your earliest efforts are likely to leave the same first impression and whether or not that is the point, it is the effect. Gasping, spitting, echoing gargles, and violent rasps are instruments of Sect Pig‘s cheaply fiddled chaos, sometimes more savage than the guitar work itself, all floating atop simple programmed war metal drumming. In the case of ‘Crooked Backs’ the theme includes samples interspersed documenting eugenics case studies. A result of it’s war metal-like structure, each ‘track’ is roughly 2-3 minutes with longer compositions rare in their discography. Hell, each Sect Pig EP fits on one side of a 12″ side at around 17-18 minutes total. The guitar work is half-buried beneath programmed black metal drumming and it’s riffing now varies more reasonably with guitar solos adorning the otherwise minimal atmosphere.

This international dispersion of ideas between at least two unnamed artists examines the borders of counter culture and anti-social history through themes of mental illness, societal woes, and even serial killers as seen in their second EP ‘Self Reversed’ in 2015. This release focuses on the long-reaching tendrils of eugenics and how they’d played into US medical and psychological institutions well into the 80’s. The messaging is clear as anti-eugenics, in case you were preparing for a reason to be upset. In fact Sect Pig give you reason to be upset, intending to disorient and blur the sanity of the listener intentionally. The sound is animalistic, experimental extreme metal with their previous releases touching upon even more of an amateurish cloud of horrendous, disorienting noise.

‘Crooked Backs’ is an abusive listen, a work meant to disturb and induce the listener into hallucinations of despair and dissociation. Naturally, I spun it for several hours on repeat and felt my blood pressure rise as the headphones grew hot around my ears and my face became flushed. (Thankfully outside of some light dehydration, I survived.) The echoing delay of the vocals and the freshly added trailing guitar leads pulled me into different directions to far greater effect than previous Sect Pig releases. Because the guitar work is better balanced, though still Von-like in it’s primitive state, I had one ‘safe’ point to focus on without being lost in the awkward blur of ‘Crooked Backs’. The whole experience was painfully uncomfortable and though I hadn’t quite reached the point of depressive hallucination, I felt I’d numbed when I was finished.

At some point all of the harsh noise, early 90’s black metal demos, and noise rock listening over the years helped build a reasonable immunity to this sort of nonsense. I didn’t enjoy it, and it is hard to recommend an intentionally unpleasant experience without feeling like I’ve wronged you. At the very least I feel like I -understand- the project and it’s intent to disorient with experimental industrial war metallic noise. To this effect this is the best, most effective version of Sect Pig‘s collaboration to date. It avoids the overly long samples of ‘Self Reversed’ and pulls back towards the sound of the first EP in terms of keeping the vocal effects driving alongside the drum patterns. It is utter hell as an experience and I suppose that is why I’d recommend it. ‘Crooked Backs’ is well worth the 17 minutes it’ll take to offend your senses and you’ve become far too soft listening to pleasant, ear-kissing music. Recommended if you like chaotic off-kilter treatments of black metal like De Magia Veterum, the odd depths of Von‘s greater rarities or just freakish, grinding nonsense like Noism. 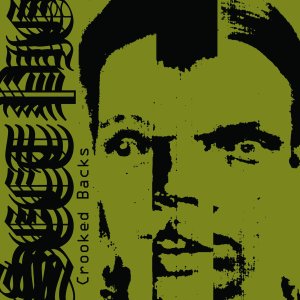