BACKLOG is a “whenever the fuck I feel like it” blog feature focusing on how I’m progressing through video games, old and new, that are stuck in my backlog. Here I’ll generally update my progress in any and all games I’ve touched in the past 2-4 weeks. This includes updates on reviews I’m writing, games I’m looking forward to, thoughts I’ve had, and things I’ve purchased.

Ah, well over halfway through April and I’ve finished *counts fingers*… four games? Well, to be fair I spent too much time with Assassin’s Creed: Origins and Kingdom Come: Deliverance. I absolutely do not want to, will not, for fuckin’ sure won’t get stuck on another long-winded boring open world game this yea… Ooh, Far Cry 5. Oooh, God of War. Oooh Ni No Kuni II: Revenant Kingdom. No, nope I’m definitely not starting another soulless fucking Ubisoft game!

I’ve spent about 5-6 hours with Far Cry 5 and it is ultimately a reskinning and streamlining of Far Cry 4. The story is a murder cartoon that takes loose influence from the Branch Davidian cult and it’s militia that fought off US authorities in Waco Texas, resulting in several deaths. Outside of the story, which you’re forced into as you make progress much like Far Cry 3 but less fun, the game subverts some of the exhausting blandness of Assassin’s Creed: Origins by forcing the player to discover side-quests and activities through emergence. The trouble with this is that activities are “emerging” at the clip of an automatic rifle and a stupid amount of shit gets thrown at you constantly: Liberate an outpost, get attacked by three wild animals, planes fly overhead attacking you, a supply truck tries to hit you, and as you run away some idiot keeps saying “Hey d00d try Far Cry Arcade it’s totes fresh”. There’s a fishing spot, there’s an idiot to save, there’s a convoy, and you know what very little of it is fun at all.

Where I have had fun was tracking down Prepper Stashes. Doomsday-prepper bunkers and stashes not only got me up to like $20k cash within a few hours but the small environmental puzzles and quests designed around them have been the only truly interesting diversions in the otherwise rote ADHD-freakout that Far Cry has become. I’m going to finish this game but at this point I’m going to accept that I really only enjoyed Far Cry 3/Blood Dragon and the formulaic approach of 4 and 5 aren’t anything special. Plus if you’ve ever actually been to Montana up in the mountainous area the people aren’t fucking retarded hicks like in this game, you’d think the stupid ass game was set in Mississippi. Don’t get sucked into the hype and the ‘conversation’ like I did with this game and just wait until the ‘complete’ edition goes on sale for like $20 in a year like Far Cry 4/Primal have since release. That said, I will finish this game once I’m finished with God of War and Dishonored 2, I just don’t think it is worth rushing towards knowing how horrible scraping through everything in Assassin’s Creed: Origins made me feel.

I decided to pick Monster Hunter World back up after watching some videos of builds. Because I like games like Dark Souls and Bloodborne where you have to put some serious time and thought into your progression I felt like Monster Hunter World would be possible to penetrate and I think it has been so far. The trouble with my progress in the game so far has been the barrage of information and systems that all seem completely pointless. Small things like cultivating certain herbs/bugs/mushrooms, building traps, upgrading your ‘room’, forging complete armor sets and how their collective bonuses work are revealed once and then considered memorized as far as the game is concerned. Anytime I left the game for more than two days I’d forgotten what the hell was going on with half of it and the additional quest/hunts/events muck up the nonsensical story even more.

Basically there’s a dragon thing making things happen and we need to kill and study stuff so that we can kill it, right? Right. So, I made an effort to join some quests and play along with folks online but because I waited several months to dig into the game I haven’t been able to find folks who will join my session because most players are well on their way with the game. I don’t think I’ve been directed to the main multi-player hub, or I don’t understand how to co-op but either way I feel like I might end up soloing my way through most of this game for the sake of moving forward.

On the plus side I think restarting the game and using a long sword instead of a charge blade has made combat a lot easier for me to understand and I’ve been able to slowly learn combos, positioning and timing for the weapon. Enemies generally move far faster than I can swing it, though, and the sluggishness of it was frustrating at first. I’ve basically streamed the first 10 hours of the game so far this month on YouTube and since I’m only playing the game when I stream it’ll all end up in one playlist:

I could use more followers on YouTube but it’s not incredibly important. The channel is linked in the sidebar of this site or you can just CLICK HERE. I’m not one hundred percent sure if I’ll stick with Monster Hunter World but I assume, like most Japanese RPGs, that it just takes several hours to warm up to. It is a good side-game to play when I want something different, though I’ve found I need to dedicate at least 1-3 hours at a time to really make progress and I’ve begun to wonder if a 40 hour playthrough is realistic playing solo. I felt like I ran into a big roadblock on 4/16/18 trying to fight the first Anjanath (fire breathing t-rex) and ended up quitting, figuring I needed to up my hunter rank or prepare for the fight better after dying three times. It seems like I’ll need to learn to run and just wear down more aggressive monsters instead of charging in. I’m more or less discouraged on this one if I have to do all the side-quests to be able to keep up with the main quest. Also: I’m open to playing co-op with other folks PSN name is: terraasymmetry but I don’t necessarily recommend buying it just for that, obviously.

I’ve finished and reviewed Kingdom Come: Deliverance if that wasn’t already clear. I didn’t give it a very high score primarily because the second half of the main story was tedious and uneventful. Once I’d finished the game I took about 3 days to think about the game and my experience with it. What I realized was that I was happy to have finished it but not excited to play it again, in fact I felt relief in finishing the game because it was an empty and strange experience. At it’s heart it is an adventure game that wants very badly to be an action RPG but went about it with a half-assed focus on realism that diluted down to reputation and survival aspects. I had to rate it as an RPG experience and after I considered my entire 35 or so hours with it, it was mediocre outside of murdering and committing crimes. The fact that I didn’t want to ascribe to the realism, follow laws, and all that really was a testament to how boring those aspects of the simulation were. Click HERE for the full REVIEW.

Seems like I’ve been dragging this game along for a few months and not giving it the attention it deserves. I made a fair amount of progress about a week ago where I reached a platform-intensive clockwork tower a la Castlevania after fighting a very cool, but very easy, Anubis looking boss fight. The game has a progress meter that says about 30% but I’m not clear if that pertains to collectibles, map coverage, or the entirety of the game. It is kind of Super Metroid-lite at this point and I guess I just need to sit down and finish it. This is exactly the type of shit that ends up left behind on my backlog, and that is really the point of this blog is to remind me to finish shit and not constantly get caught up the latest shit. Dat God of War tho… 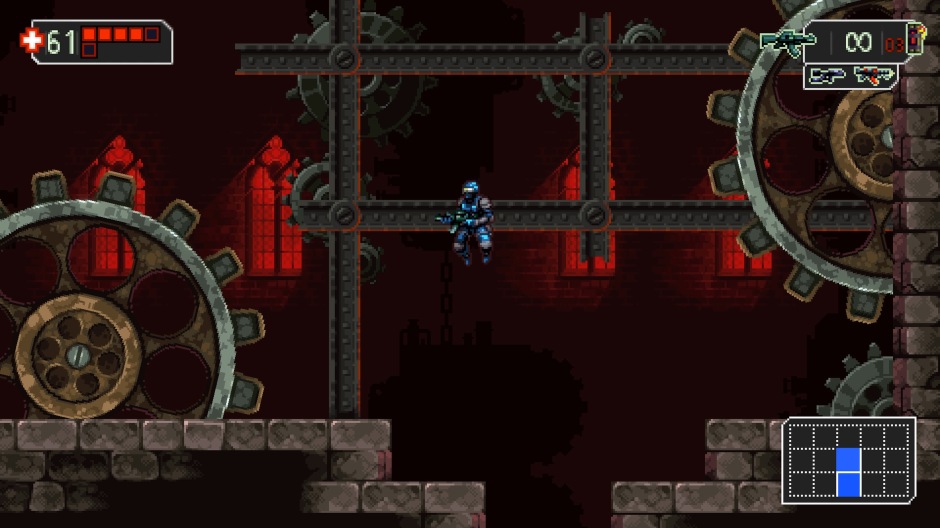 The second Dishonored game looks amazing and has a brilliant set-up though I had a huge pang of anxiety when it gave me the choice of playing as Corvo (from the first game) or Elizabeth. I don’t know the difference between their powers but after I glanced at some reddit posts it seemed like Corvo’s blink power and powers would help make a first playthrough easier/more fun coming relatively recently off of the first game. So far I have played through the tutorial, the first mansion and the small area after that. It felt immediately familiar though everything seems streamlined, despite having no powers yet. It was immensely fun to dig around the manor finding alternate paths and items tucked away, and the same goes for the small port that you’re sent through after.

It seems there are multiple paths to progression and while I likely won’t go full stealth judging by the murder spree I went on in Dishonored, I’m having fun playing around with both play styles. This was going to be my main game since I was putting off the purchase of God of War but I bought into the hype machine for that game and I’ll be switching over to it upon release. As a result this game and Far Cry 5 will take a backseat for a month. I will be returning to this game first, though. For these reasons I haven’t jumped back into this game yet, wanting to make sure I don’t progress far beyond tutorials and make it hard to return to.

At this point I have bought enough games this year to last me the rest of the year. If you toss in the 80+ hour Persona 5, the 25-30 hour Odin Sphere, and that stupid South Park game I’ll never finish I’m pretty much set. I’ve pre-ordered Dark Souls Remastered and Dragon’s Crown Pro both of which release this next month and I doubt I’ll get to those immediately because it seems like God of War will get at least 30-40 hours of life with plenty of optional Dark Souls-like bosses and Tomb Raider reboot-esque RPG elements. I’m not even considering titles I’m overlooking like Battle Chasers: Nightwar. So, I’m not going to escape the anxiety created by overbuying anytime soon. 2018 may be the year I officially give up on the turn-based RPG, we’ll see!