Forged from a collective worship of extreme doom and sludge metal Cincinnati, Ohio based Beneath Oblivion’s earliest sound resembled a cross between the fiery sludge/doom of Thou and the raw funeral dirge of Wormphlegm. Thorns of the Carrion guitarist Allen Scott would join in 2011, starting with their split with Angel Eyes, and their sound has evolved towards funeral death/doom since. That isn’t to say that ‘The Wayward and the Lost’ has Beneath Oblivion playing mid-90’s gothic funeral doom a la Thorns of the Carrion but their sound continues to be heavily influenced by classic funeral doom and death/doom metal. The band’s previous album ‘From Man to Dust’ had felt transitional towards a death/doom direction despite the remaining sludge hissed vocals and feedback a la Corrupted, much of that has been dialed back in the seven years since. With the death metal riffing at a full zero, what survives is Scott’s appropriately distant death metal growls.

Some hints of their ‘funeral sludge’ remain in full effect, though, as Beneath Oblivion‘s style begins to take bolder steps towards Bell Witch and Loss influenced ethereal dirges. The vocals are typically doubled between the two vocalists, most noticeably on “The City (My Mausoleum)” and “Satyr” where the hissing sludge vocal is occasionally panned left and the death/doom vocals are on the right. The effect is slightly disorienting at first but offers a bit of interest outside of the dreary, sluggish doom of ‘The Wayward and the Lost’. Although I am typically a huge cheerleader for death/doom and funeral doom projects this record took a while to warm up to, especially with several similar projects vying for my attention and each one testing my patience a bit more than the last. Now with a clearer head and a fair amount of focus I find this to be a strong genre entry that is at it’s best when experimenting with heavier sounds and the purest elements of funeral doom.

At some point the pacing of ‘The Wayward and the Lost’ is redundant and while I know that is a relatively absurd thing to say about a funeral doom recording it doesn’t stack up to the dynamism of recent releases from Mournful Congregation nor the odd sincerity of the most recent Bell Witch. “Savior Nemesis Redeemer” remedies the dirge of the first three songs quite a bit with it’s intrepid crawl and menacing tone, but I found myself checking out beyond that track upon repeated or full listening. I couldn’t help but think I’d perhaps stumbled upon this record at the wrong time and was instinctively wrestling off the suffocating depression it evokes. The Morgion fan in me eventually accepted that at some point one has to give in and ride the crippling waves of nihilism.

So, in terms of death/doom and funeral doom with sludge influences this is an interesting variation without any profound resonance for me personally. I still like it, it just didn’t hit me in the sad hole, or heavy slot, hard enough. The slightly pretty moments with jiggling clean guitars drag the album’s impact a bit but the heaviest moments where the two vocalists cross paths tend to be really incredible. At some point it’s restful moments lost my interest, but I’ll bet die-hard funeral doom fans will get the bigger picture better than I, as I find myself yearning for riffs of consequence beyond orthodox atmospherics. The crossover between Grief, Loss and Aldebaran fans should find a lot to like here. 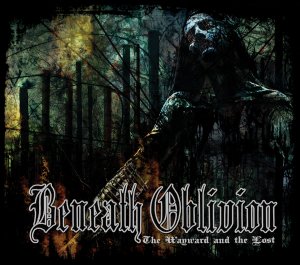