From the first shout to the final ringing chord Danish metallic hardcore punk band Parasight engage the listener from ear to ear with a hopeful outpouring of despair fittingly socketed in an age of disinformation and hellish ignorance. Start to finish their sophomore album ‘At leve som hvis der var tt håb’ pulses with 25 minutes of evolved metallic hardcore/crust modernity that cuts right through to the good stuff. Though purely Scandinavian hardcore in their resonance, Parasight have found the right balance of added melodic metal interest that sets them sholder-to-shoulder with hardcore/d-beat visionaries Martyrdöd and early Nux Vomica.

Parasight‘s 2014 LP ‘Munden Fuld Af Løgn, Lommen Fuld Af Profit’ took it’s time developing melodies on tracks like “Ned På Knæ”, so much so that they felt stranded on the album without enough of an over-arching presence throughout. It was effective as a whole for jangly d-beat that was fully up to the standard of most Victims and Acursed influenced stuff. In fact I hear an even stronger bite of ‘Tunneln i ljusets slut’ on parts of ‘At leve som hvis der var tt håb’ but perhaps only by proxy of expanding their own sound to greater extremes. The loud and ringing production from Fredrik Nordström alongside the voluminous mastering talents of Brad Boatright make for an almost inappropriately well-polished but fittingly extreme sound.

It’s no secret that ‘Elddop’ is one of my favorite modern hardcore records and my love for Martyrdöd‘s experimentation with Swedish melodic extreme metal guitar work extends into Agrimonia just as much as it does towards Parasight‘s own approach, which is a few notches more subtle. Though the standout single “De Skyder” hints at some tiny bit of melodic metal influence it is “Kødet er dødt” that rubs up against modern metal’s hairy butt-cheeks utmost. Though the album isn’t dominated by metal influences at all it does eek in just enough of a hard-ringing edge to hold greater interest. If nothing else it creates even more of a ‘melodic hardcore’ feeling than previous and that is a draw for me. I found this record exciting enough to skip it ahead in line a few spots and spin it for days. Absolutely jump on this 12″ if you’re a fan of hardcore punk, d-beat influenced stuff, and any Scandinavian hardcore mutants that fit in between. 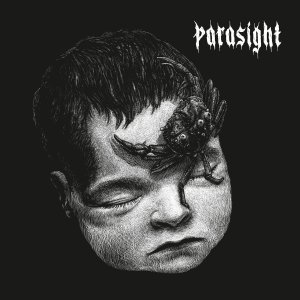