French death metal band Bloody Sign began as a brutal-yet-technical project that evolved with increasingly experimental vision. The band quickly began serving as a beacon for the future-thinking realms of atmospheric death metal and their final album ‘Chaos Echoes’ couldn’t contain the Uibo brother’s mastermind intentions to infuse drone metal and dark ambient into technical death metal. Their first full-length as Chaos Echœs, ‘Transient’ was a huge peak for my interest in atmospheric death metal permutations in 2015, a year already highlighted by a surge of weird ass extreme metal. The trouble with clinging to the expectations created by their first album is those expectations are meant to be broken by a truly experimental band. Although ‘Mouvement’ doesn’t disappoint, it does feel more like fluid experimentation than it does a composed piece of music.

‘The Unfathomable’ EP released in late 2017 was an improvisational, cinematic dark drone piece recorded in 2015. It’s single 16 minute track wasn’t remotely death metal in style and the guitar lust that drives my metal fandom died a bit with regard to what ‘Mouvement’ might turn out to be. It set a clear tone for what was to come: “Expect something else.” and now that ‘Mouvement’ is here and I have somewhat similar feelings towards it as I did for The Chasm‘s likewise fully instrumental ‘A Conscious Creation from the Isolated Domain – Phase I’. Although I got what I wanted in terms of an equal ratio of death metal and ambiance, the lack of vocals still reads a bit flat and unfinished.

Though the caveat here is that Chaos Echœs approach here is pure fluid expression and as a result it resembles a singular extended death metal jam session. The brooding thirteen minute trio of tracks 2-4 offer one extensive transition of no real consequence. The massive tribal drumming of Ilmar Uibo resembles a post-technical death metal free-jazz session beneath the scribbled-out chaos of intense, circular tremolo picking and their signature distorted basslines. I can’t connect with ‘Mouvement’ so much as I have to resign to being hexed by it’s insistent, anxious direction. Without vocals to complete the power fantasy that death metal guitars need, the album plays out like a soundtrack to an anti-hero lead video game. For all of the brilliant flow and feeling within it’s guitar work and incredible layers of percussion the ‘jammed out’ feeling of ‘Mouvement’ feels more like a practice session rather than a composition, despite how detailed its studio treatment is.

Flow and in-the-moment feeling won’t keep this in my head, unfortunately. To have one of my favorite death metal-related projects evolve into an “Oh, that’s neat.” sort of project is certainly less harrowing than the actual music, but I am somewhat disappointed. ‘Transient’ left me inspired by the possibilities of atmospheric death metal and now ‘Mouvement’ almost defiantly showcases the limits of that inspiration with what is a comparably less compelling musical statement. Without any personal drive to dig deeper into the concept, themes, or methodology behind the album I still highly recommend the experience. It is the sort of music that begs for a complete performance video or some sort of visual medium to tell more of the story, as it is a fantastically dark and blurry death metal jam. 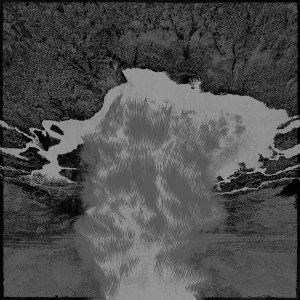